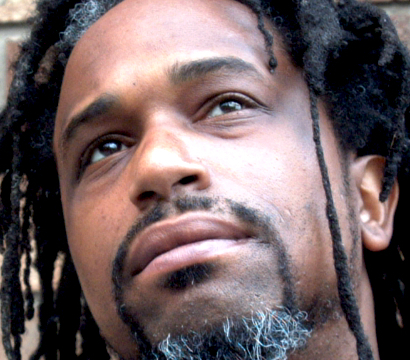 "Davaion “Big Dave” Bristol was born in the late 70's and grew up listening to the classic sounds of that time. Throughout his youth Big Dave was exposed to the streets, but at the same time he had a huge appetite for learning and reading. That drive took him into the worlds of sci-fi authors such as Ray Bradbury, Issac Asimov, and J.R.R. Tolkien. After graduating from the School of Hard Knocks, Big Dave’s path brought him to a unique world view that is sure to lend wisdom, light, and dopeness to the forefront.

Continually motivated to release great music, Big Dave is relentless with his pad and pen and time in the studio. Two projects already released in the 2014 calendar year include his latest solo effort, Hope Fiend, as well as The Black Cheech and Chong, a collaboration album with fellow Out Tha Gutta artist, Hard Knox. Big Dave sets himself apart with witty, informative, heartfelt lyrics that still remain hardedge. His high energy, on-stage performance clearly brings his music to life. Big Dave’s musical influences are wide and varied including artists such as 2pac, Q-Tip, Led Zeppelin, Curren$y, Robert Johnson, Scarface and many more.

Big Dave also shares his industry knowledge and insights by hosting a weekly radio broadcast, The Open Door Radio Show, on www.ashevillefm.org. His video, Spaceman Jones, was nominated for a Music Video Asheville award this past year. The local media are also paying attention to his grind as Big Dave earned several recent write-ups in the Mountain Xpress publication.

When asked about his goals for the future, Big Dave clearly defines them, in his own words, to become a better human, continue to grow his brand through his company Out Tha Gutta Entertainment, and to become visible and viable on the national music scene."

Catch Big Dave live in Charlotte! I will be onstage at the Evening Muse In the NoDa section of the Queen City!

Rhythm on The Rails 2