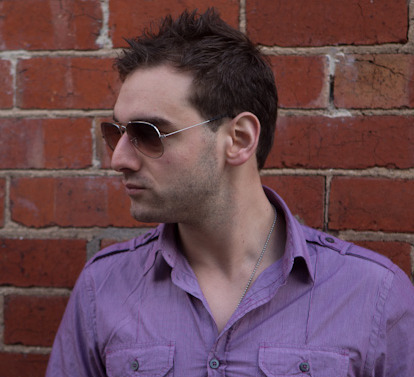 Steve Strangis, retired from DJ’ing since new years 2016 has now come back with a release in 2022 with 405 recordings.

Having a DJ career spanning over 15 years, Steve Strangis is testament to passion and skill capturing widespread recognition. Till this day commanding a strong fan base, he is widely regarded as one of Australia’s best ever Trance DJ’s.

The golden child of Godskitchen Australia, with more than a decade of experience in performing on the main stage at major festivals and club events around Australia; becoming the preferred supporting Dj to the greatest ever names in dance music. Since making his bones at his first major event at Godskitchen 2003; Steve was known by his international colleagues as the first choice for local support due to his crowd captivating warm up progressive trance sets.

Having worked with Above & Beyond on the Godskitchen Australia CD in 2006 is still to this day finding an audience and one of the best-selling compilation CDs of its time. Followed by ‘In Trance We Trust Australia’ compilation CD with one of UK’s best artists known as Lange. With these achievements, further catapulting Steve Strangis’s career to new heights as one of Australia’s most exciting DJ sensations.

Consecutively reaching the top 5 DJs in the InTheMix poll and holding his residency at Australia’s number 1 club night Majik Saturdays, Steve Strangis showed no signs of slowing down and had entered the production world having multiple releases with 405 Recordings and Future Focus Recordings.

Even in his final years as a working DJ/Producer Steve was still consistently performing at the highest level, it is at no surprise till this day he has been asked to return to the DJ console and make his comeback.

So I did a 'In Search Of Sunrise' inspired mix

Hi guys heres a new summer inspired mix i did; normally only the first few tracks of my On & On Digital is more on the softer melodic side, some people on facebook suggested they want to see more of that sound in my track selection.. So most of the tracks selected in this mix have a very summer 'driving to the beach' feel to them hence the name of the mix, some very new and some favorites included.
enjoy :)

Latest news... Black Majik is not always about the darkness

Confirmed that there is a Majik room, which will showcase more of the uplifting prog trance tip at Black Majik upstaires at Palace Theatre, for more infor + tickets check out my gigs section.

Hi everyone, some great feedback for On & On Digital #22.. please listen or download here:

Great news as i have been offered to be managed for all USA bookings by the Studio77 crew. View contact page for information.

Please submit your details and music links in the Information Request fields.

FOR ALL USA BOOKINGS + INFORMATION: