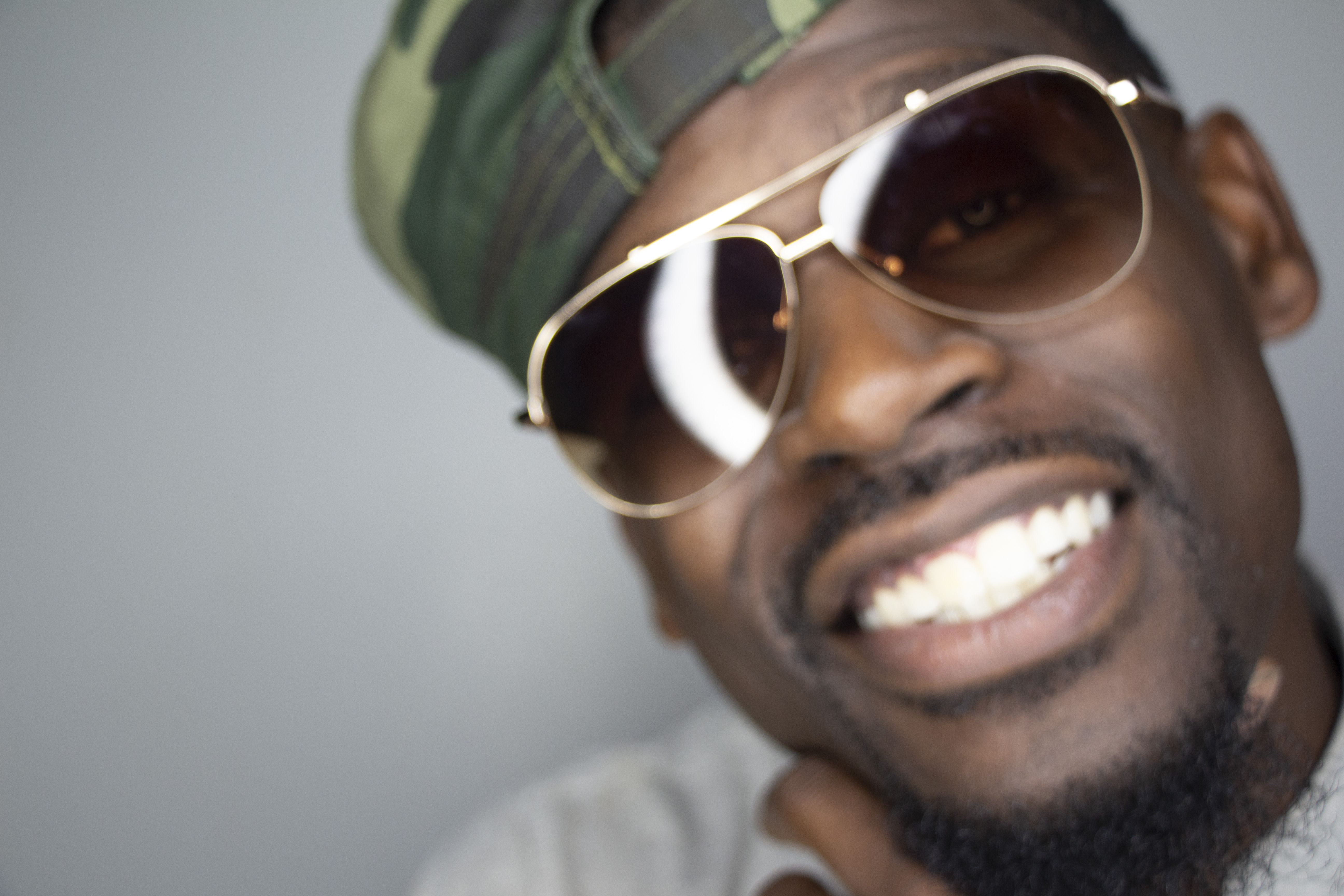 Thor “T Haddy” Haddon is a diverse soulful singer and songwriter that has masterfully mixed Urban Gospel with Hip Hop, spliced with Rhythm and Praise.

After the birthing process on May 28th in Atlanta, GA unnamed baby boy at the time, responded with a strong thunderous cry- His father immediately declared his name “Thor”.

Thor uncovered his birthright in music at a young age. He began to write after moving to Detroit with his evangelist mom, Bessie and his talented dad, Theodore “Ted” Haddon whose voice is remembered among his well-known musical family, the Haddons’ of Detroit and LA.

Thor and his family(mom and siblings) soon moved back to Atlanta, where he became an accomplished self-taught keyboardist, audio engineer, and producer while attending high school.
In 2001 he wrote and produced his first album with a group, entitled The Drawing.

It wasn’t until this tagline became the staple of his music when he used it on his cousin’s song, “Reppin the Kingdom” debuted on Deitrick Haddon’s album, “Church on the Moon” which peaked at #18 on Billboard Charts.
This opportunity allowed him to be featured with well-known artists such as J Moss, Tye Tribbett, and Canton Jones.

This tagline became a line many anticipate hearing on features and personal projects.

After opening his music studio, mixmajor with his partners, T Haddy started to write, compose, and record music as Thor the Champ.


Thor the Champ was developed for a more revolutionary sound that embraces a wide range of genres.

T Haddy supporters started to follow his work as “Thor the Champ” when he released the widely talked about album, Motivation 2.0 that premiered “Champion” which peaked on the Billboard Charts as Thor the Champ credited to T Haddy.

This broader sound he produced as Thor the Champ was the perfect collaboration with cousin, Clareta Haddon on her song “Alibi” from her album “Contagious”.

The main and only focus for T Haddy is his assigned duty from the God which is given to all of us. The obligation to use his gifts for the uplifting of the Kingdom through inspiration, encouragement, and love.

“Uplifting the Kingdom takes all living things to work together to stay on a forward moving path.” -T Haddy

For a countless of years and projects together, Chase “Ace Boogie” Coleman, Thor “T Haddy” Haddon, and Dontae “Monolog” Phillips formed an ensemble
in 2018 and released their first EP together in 2019 entitled, “BoogHaddOlog”.

Thor continues to make music to stir the soul with his latest single projects.

“Put Your Weight Down”, “Trap Gold”, “Mo God”, “Worship Willing”, and “Know I ain’t Leaving” are published under the artist, “T Haddy” streaming on all digital music platforms.