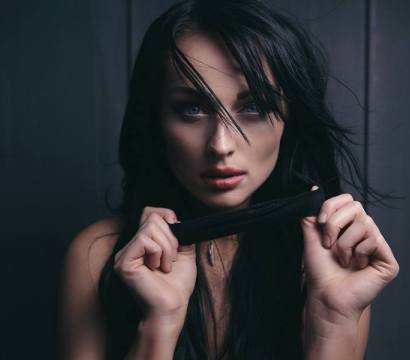 Tania Notaro, Dublin based singer/songwriter, known for channeling the voice of Janis Joplin and the stage presence of Grace Slick, is taking the city by storm. After playing in numerous bands worldwide, she's finally playing it solo, and it's been a long time coming. It all began when Tania was acquainted with local musicians from her area, subsequently finding her passion for playing and writing music. Tania started studying Traditional and World Music at Ballyfermot College of Further Education, which broadened her musical spectrum, and then went on to study Music Production which enhanced her skills as a producer and opened up an alternative world of creativity. Upon release of her first solo EP 'Blind & Bound', Tania has set temperatures soaring throughout the country. With racy lyrics from songs such as 'Someone Has To Come' and sultry vocals from 'We Are Lost', she will most definitely leave you wanting more and melting in the palm of her hand. Tania is gaining a large fan base and has recently nabbed the attention of Bon Jovi's guitar player Richie Sambora, whom invited her to sing with him at his Olympia show. Currently, she's in talks with a London based producer and is set to bring her music overseas. Catch one of Tania's powerful and enthralling live performances in numerous venues throughout the city such as The Gypsy Rose where she holds a residency every Thursday night. You won't be disappointed.