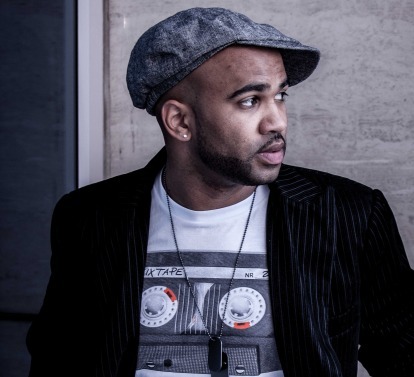 Domonice Thompson aka TecNice, is a artist, engineer, and producer with the creative vision to inspire and impact listeners through his music.

From the local open mic to the international stage, TecNice is known to connect with his audience through reflective lyricism, faith, raw emotion and honesty.

TecNice has opened for well known Artists to the likes of Fred Hammond, G-Unit, Disciple, John Reuben, Skillet and many more.

Whether he is in front of the mic or behind the boards, being immersed in the music is the passion that drove him to attend ” The Conservatory of Recording Arts and Sciences ” located in Gilbert, Arizona. Arguably one of the top recording schools in the country, it is here that he earned his credentials as a certified Audio Engineer and was able to expand his technical skills. In addition, he worked for the institution for a short time, assisting students on recording sessions.

Sonically he has been compared to a variety of main stream artists, and some of their influence can be heard sprinkled throughout his music. Nevertheless, he remains consistent to an original sound all the while perfecting his creativity and craft as a writer and performer.

TecNice would like to be considered "The pride of Pataskala", from which he hails a small town in Ohio. All be it, he currently resides with his Wife and Sons in booming Tampa, FL. "With or without the accolades of man, I just want to be known as an impactful artist who is connected locally but reaches globally"!

His debut album entitled ”Truly Yours” was released on August 12, 2013.

New Music in the works

TecNice brushes off the pad and picks up the pen ... again.

SoulMind Media and Team TecNice begin booking dates for 2014! Stay Tuned for a stage near you.

TecNice gears up for the highly anticipated Music Video " Prestigious " . Stay tuned to watch the premier in the video section of this website. Brought to you by SoulMindMedia and DP Media!

TecNice launches his solo debut entitled " Truly Yours " .  A 10 song project of heartfelt music, that is sure to stir your soul and have you pressing repeat!

is currently putting together shows and tour dates.

Serious Inquiries Only Please. This is a contact for TecNice's management and NOT TecNice' personally. While we appreciate all the fan emails, love, and support please only reach out for business purposes. God Bless!

Fans: Connect with TecNice' on all social media sites!