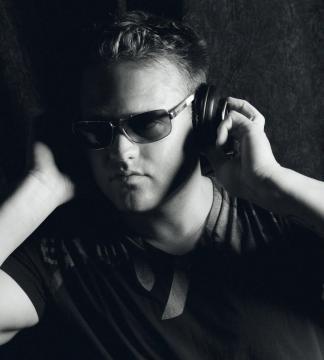 James Meiser a.k.a "The Meiser" started his musical career in 1997. Being classicaly trained on the piano James used his skills to start producing Progressive Trance. James has been a steady force in the scene across the globe, quietly making appearences on some of the biggest stages the industry has to offer. In addition to music production and DJ'ing James owns and operates his company Studio 77 LLC. Within his business he manages 21 of the best DJ's in Indiana, some whom have broke into the national /international ranks as well.
As an veteran, of the U.S Army James has a work ethic, loyalty to his community and peers that has found respect deep within the ranks. James continues to work diligently in the studio producing trance tracks and DJ'ing at a couple of his residencies weekly. James immideate goals are to continue his efforts in the studio producing quality music, adding more highly skilled DJ's to his roster and being a good husband and father to his family.
James currently resides in Indianapolis, IN with his Wife Lindy and new born daughter Marebelle.