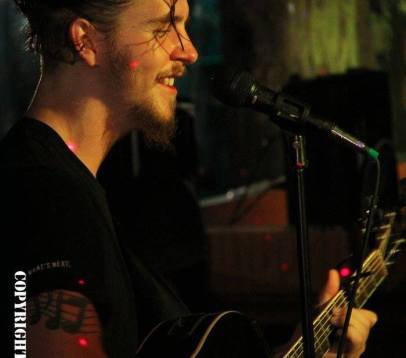 He was influenced by a very wide variety of music, everything from classic rock to classical. Above all, blues, jazz, and funk were the sounds that appealed to his ears the most. He was given a guitar at a very young age and immediately wanted nothing more than to be able to shred like Hendrix and Stevie Ray Vaughn. His mother often found him asleep with a guitar in his hands, exhausted from playing for so long. In the sixth grade he started playing the saxophone in the symphonic band and in high school continued on to perform in the marching band all four years. He also taught himself how to play the drums and piano at a young age so he played in the horn section as well as the drumline.

Christian Phipps' passion is to make positive music to influence people for the better of mankind, to live a happy and healthy life, to learn something new every day and to teach it to as many people as possible. He wants to influence the world around him through his music to help make a better place for future generations to come. He has a message of Peace, Love, and Happiness that he wants to share with the world and believes it desperately needs it.

Christian Phipps has a strong relationship with many multimedia production facilities including Catalyst Media, SlamOne, and House Studios. He has played many shows as a session musician for local and out of state bands, some of which being successful American Idol and The Voice Competitors. He is in the process of working on a fully self recorded album with Catalyst starting march 2015. Since he is well versed on many instruments, he plans to record all instruments and harmonized vocals himself to best portray the album the way he envisions it.

ThePhipps will be performing for Rock The River FXBG!!! The event will be held at Old Mill park on June 6th starting at 11am. 20 Beer tickets for $30!! Come check out the Catalyst/Hildrup stage!!! This is going to be the hottest event of the year ladies and gentleman sign up now!

2015 above the darkness walk to prevent suicide

Center of the Universe brewery

Rock the River will be held at the same location as last year, olde mill park in Down Town Fredericksburg.

Center of the universe Brewing