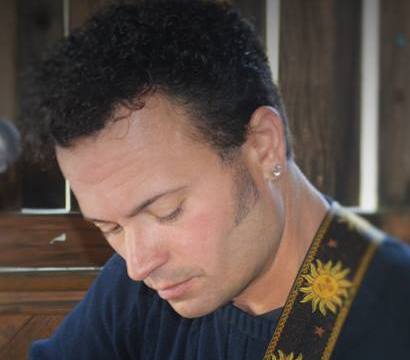 Tony Valley grew up in Monson, MA, a small town outside of Springfield. His passion for music began when the then 14-year-old high school student broke his leg on a BMX bike, prompting his parents to bribe him with a guitar; provided he ditch the bike. It was an interest his family understood very well, according to Tony, “I started learning the vocal harmonies from my Dad’s eight tracks.” Along with those Eagles tapes, he also found inspiration from bands such as The Beatles, and Led Zeppelin. As for the BMX bike, he kept riding and although he took time out to attend college, studying both music and business, he quickly found himself performing live throughout the Northeast with the hard rock band Steadfast, and eventually ended up living in Los Angeles playing such landmarks as The Roxy and the Whiskey a-Go-Go. After a few months on the West Coast the band unfortunately broke up, and Tony made his way back to the East Coast where he continued honing his craft playing in a series of bands including the hard rock group Fortis and the acoustic-based East 9th and Monson. In early 2000, Valley’s next venture was the hard rock band Cola, later known by the moniker EC Engine. Featuring Tony as the sole guitarist the band quickly released a 4 song demo and then entered Longview Recording Studios to record their first full length album, aptly titled All This Rock N’ Roll. Featuring chugging yet intricate guitar work, the music had a funkiness whose raw edges drove the songs like a chainsaw. But it was the moody, Zeppelin infused riffing of the song Rocket Store that quickly landed Tony and the band a management deal with New York based, Avenue Management Group. After playing the East Coast, opening for the likes of 80’s metal bands Ratt and Winger, playing a few blistering shows at NYC landmark CBGB’s and rocking out to 15,000 plus at Locobazooka, the band unfortunately went their separate ways, but Tony found himself kept on board at Avenue Management Group, under the supervision of Cynthia Barnett. Soon, Tony was hooked up with former LFO band member Devin Lima and over the past years has written and recorded original material for the Band The Cadbury Diesel. Tony is currently at work on his own original solo album. With no title as yet, the album will feature a large variety of music from jazz to rockabilly, and a refreshing return to his acoustic roots, with “a lot of fun guitar stuff”.
Back