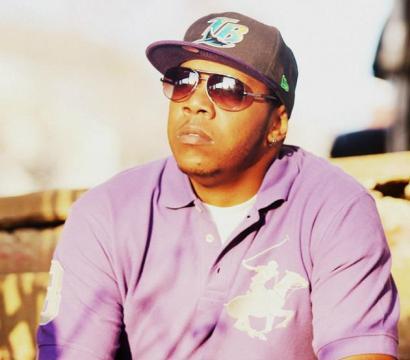 Born and raised on the Eastside of Pittsburgh B Sharp was blessed to have both his mother and his father together for his most impressionable years. His father worked what felt like ALWAYS and he was also a traveling trumpet player that loved to party. Mom dedicated all of her time to keeping the house and tending the children which would explain the unbreakable bond between them.

"My earliest memories of music are of my Dads records he would put on Earth Wind and Fire, Isley Brothers, a group called Shotgun I could listen to that album from begining to end over and over again. I still know the words to this day. My Mom was a strictly r&b. If it wasnt about love or if it wasnt smooth it got no play, I think thats why my taste in instrumentals always leans towards a more jazzy, contemporary vibe. My eariest hip hop memory is of the beat box cyphers at my elementary school the kids would gather into a circle on the asphalt playground and break dance and beat box. I wasnt a very good dancer but I had rhythm." Truth Be Told

Truth's street knowledge mixed with his own personal challeges in the streets of Pittsburgh has molded him into a force to be reckoned with on all levels of lyrical expression.

During the 90's BSharp had it rough. "The crack epidemic hit hard and his family was not passed over. There was alot of PRIDE still left in the black community and hip hop/rap music was and in many cases still is the voice of that PRIDE. Music was my escape from reality, while at the same time it taught me the ways of the world. Music was my mentor." Truth Be Told

Listen and digest the message Truth is spreading through his music. Lots of hard times and loss have enabled Truth Be Told to touch on topics that many artists today steer clear of. Spirituality, Loyalty, Family, Unity, Love, Faith, Generosity, Honesty, are just a few things that Truth stands for.

"Not a moment goes by that I dont hear music in my head. I dream about music and constantly think about music whether it be lyrics, beats, performing, or collabing with another artist music is constantly on my mind. I love it always have." Truth Be Told

Truth Be Told's debut single Halleluya featuring Yungn Voorheez is quickly growing in popularity in the Pittsburgh underground music scene and is a song that all fans of true hip hop should have on thier playlist.

"When I wrote Halleluya I was reaching... I wasnt certain of how the public would respond to what I had to say esially since I spoke on God and denounced some of the actions that I myself had participated in for years. We have been conditioned to dispise ourselves and I decided that I will be one voiceto speak on this. Back in 2013 Yungn Voorheez and I met through my friend Josh. We hit it off from jump and we are like brothers more than friends today. I felt the depth of his lyrics out of all the artists that I had the opportunity to work with he and I had the most in common. He said he wanted to get on Halleluya and right then I knew it would be a classic." Truth Be Told

There is nothing that I feel would make my life complete more than speaking to the WORLD through music. It has been my dream for as long as I can remember and now my dream is a reality. I pray that someone will identify with the lyrics and messages of my song and that I can (through my music) help other young men and women the way so many artists helped me throughout my life. There are many more songs to come just stay tuned and keep an eye out for Truth Be Told.

Return of the Jelly

Got a chance to bless the stage with my brothers in arms in Blak Beast Producshunz. What a night!!!

What a great night! I really enjoyed meeting and networking with everybody who attended! Special Shout out to Yungn Voorheez for coming out and making the show a night to remember. There is more to come!!! #Trust

Great this track and others here soundcloud.com/bryan-sharpley/tracks