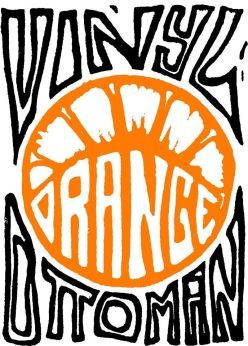 If you like your Rock n Roll soaked in a bucket of Blues, Soul, and Grit - Then look no further!  Vinyl Orange Ottoman is exactly that.  Sounds reminiscent of The Tedeschi Trucks band, Joe Cocker, Gov't Mule and The Black Crowes.  Marinated in undertones of Bobby Blue Bland, Bill Withers and Muddy Waters.  The band is fronted by former Dirty Bourbon Blues band frontman and scene vet, Pete Griffith on Drums/Vox.  He is flanked by guitarists Brady Hoover and Noah Swartele. Providing the low end is Multi instrumentalist Sam Klotz.  2018 also saw the addition of Saxophonist Zac Walker and Slide Guitar player Greg Cole.

With a true Rock 'n' Roll band, live is where they thrive. "It was incredible, and an incredible eye-opener. The band raged with an unstoppable fortitude that leaned on classic strains without relying solely upon them. It was familiar yet new--and beautiful." -Frank DeBlase, City Newspaper

"VOO is a dynamic band with a big kick of bluesy soul in its tone, mood, and groove." -Frank DeBlase, City Newspaper. In part why you can catch VOO on the same bill with anyone from jam bands, to hard rock/metal bands, to solo acoustic acts. There one of those bands that appeal across genres.

Vinyl Orange Ottoman hit the studio to record their latest release "When The Sun Falls Down" with Engineer Jon Belec and team.  Then sent to L.A. to be mastered by Grammy award winning Engineer Randy Merril.  In true Rock n Roll fashion V.O.O. chose to up the ante and record the music live, opting to only overdub vocals.  Released in November of 2017, it can be found on every major media outlet.

These guys have shared the stage with the likes of Blues Travelers, Chris Duarte, Carolyn Wonderland, Comander Cody, Wild Adiatic and Miller and the Other Sinners just to name a few.

Vinyl Orange Ottoman craves the creation of much more music and bringing their vibe to a larger fan base.  A musical friendship that they want to share as thier juorney continues.

Can't wait to see all your beautiful faces!!

"You know, with the exception of a few bands like Deep Purple or The Apes (I'm sure there are more, but those two popped into my head first), I'm used to seeing and hearing keyboards and organs -- oh wait, I forgot Journey; you can't forget Journey -- played as a support instrument, or as a principal instrument that gets steamrolled by the guitars. Admittedly, a lot of my perspective is rooted in my past as a guitar player. Perhaps I've been remiss, maybe I've been missing out.
Friday night I saw Vinyl Orange Ottoman and I saw the light -- I heard it, too. It all started with the band's stage plot. The Monty's Krown Stage is abbreviated and a little springy, like a boxing ring. The palookas in VOO solved this problem by taking up space next to the stage, as well as on it. Keymeister JJ Stashiw's entire rig took up the whole floor directly stage left, and directly where I had parked my ass to dig the impending show. Consequently, as the band whirled and pumped and ground through its mid-tempo, nouveau blues, I got a double-dish helping of the keys mere feet away. It was incredible, and an incredible eye-opener. The band raged with an unstoppable fortitude that leaned on classic strains without relying solely upon them. It was familiar yet new -- and beautiful. Praise the lord, I have heard the light."

"If you like your blues smothered in a filthy fire of rock 'n' roll raunchiness, Rochester's Vinyl Orange Ottoman is not only right up your alley, it's knocking at your front door."

"...a band that makes you long for the days when rock music wasn't about wimpy emotion or indie cred. Vinyl Orange Ottoman sounds like a group of guys who are content with simply rocking out."

"VOO is a dynamic band with a big kick of bluesy soul in its tone, mood, and groove. The band comes off cool in its delivery. It doesn't try too hard. There's no flash, there are no pyrotechnics. It is simple, direct, and to the point. That's not to say the band isn't made of excellent musicians. They just don't try that hard. They let it be."

"When The Sun Falls Down"  EP Release show!   With Friday in America and The Black River.

Specials all night with 3HB and Iron Smoke Whiskey!

With The Brian Lindsay Band and Violet Mary.

A few of us will be down at the B-Side for a killer jam session with a plethora of awesome musicians to support the Galisano Childrens hospital and the Fairport Music Fest.