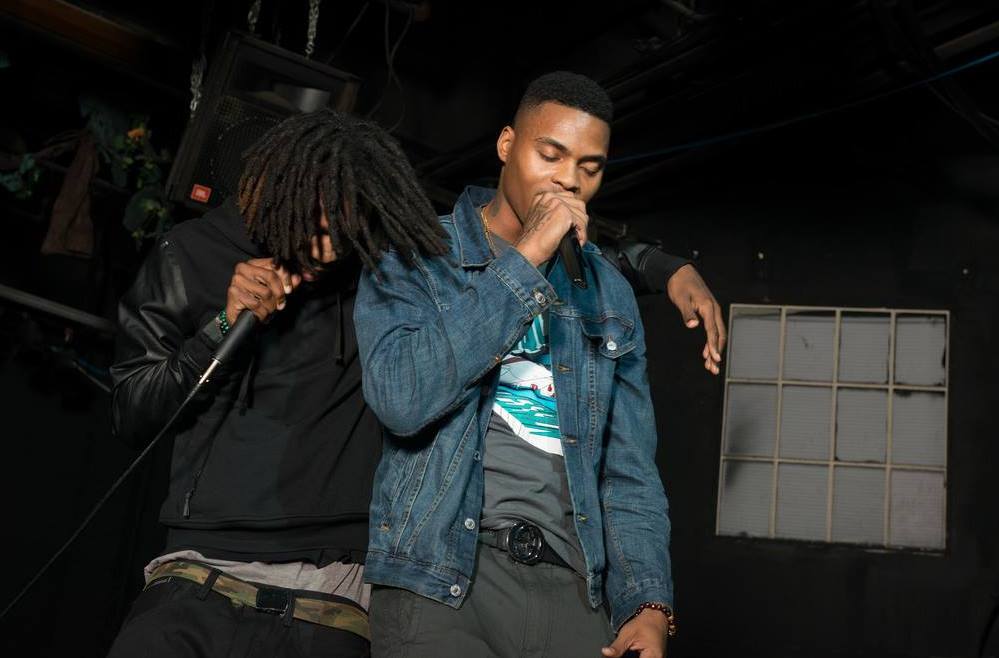 The Wave - a strong current or force that is repetitive; a transfer of energy that does not stop, any surging or progressing movement.

A swell, surge or rush, as of feeling or of a certain condition.

What started out as two individuals in two different worlds, somehow became "The Wave", a rap duo hailing from Pittsburgh, Pa. The Wave is a new, fresh, eccentric group who are creating unique Hip Hop sounds that are doubtlessly evident in their music. The Wave consists of members Hozay Wavy and WavinLane. This gifted pair is determined to turn the music world around with their clever and appealing word play and intriguing beats. The two have been working non stop to give listeners the high quality music that they crave and deserve. With the talent and perseverance that these two men have it is guaranteed that The Wave will be a group to be on the look out for.

William Moore aka Hozay Wavy was born in Fayetteville, North Carolina and relocated to Pittsburgh, Pennsylvania when he was thirteen years old with his mother and younger brother. He began rapping at the age of sixteen, recording songs on cassettes as a hobby. Hozay Wavy started to experiment with his peers, attempting to hear different opinions and ideas to keep his music “FRESH”. Hozay decided to pursue a music career at nineteen when he heard one of his tracks being played in a local club, and had no prior knowledge that it would be played. “It was a surreal experience to hear one of my songs being played without me knowing. People were really feeling my music”. Hozay Wavy laughs.

The other half of The Wave, Derrick Lane aka WavinLane was born and raised in Pittsburgh, Pennsylvania. Lane is a native of the Hill District, where he began making beats at the age of sixteen. In WavinLane's high school years, he developed his talent as a producer making beats in class, and selling them to local artists. From that point on he decided to pursue a career in music and take it more seriously. “We make organic music, I consider myself as a Hip-Hop visionary.” WavinLane comments.

The two men traveling on different paths met while working with a local DJ in 2011, who was trying to make a independent label. WavinLane was introduced to Hozay Wavy as an in house producer. They immediately had chemistry. The two worked on a variety of songs, while expressing to each other aspirations of becoming Hip-Hop artists in the music industry. While working with the DJ, WavinLane augmented his lyrics along with his production, while Hozay focused on the engineering aspect of their music. The two at the label did not last very long. “We felt like we couldn't have any artistic freedom. It was like what the DJ said went, because it was his studio.” mentioned Hozay. Hozay and WavinLane decided to part ways with the label and make their own group known as, "The Wave". Working as a group, made the two more unified and determined to get their music out. This change made them more self-reliant. Te Wave understood that hard work plus tenacity would lead them to success.

The Wave’s influences come from many artists ranging from Drake to Jay-Z. Their style was created by observing and studying each individual artist and focusing on what made their brand unique. Listening to various music genres like movie scores, classic rock, techno, and folk music helped mold their craft. They also studied the production of music, sound, the human voice and different cultures of music. These varying influences birthed Wave Music. They have quoted that Wave Music is euphoria, the mind set, or feeling confident in whatever you do on a day to day basis.