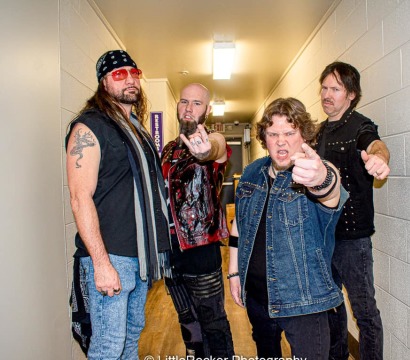 Wyld Ryde is an all original hard rock band based out of Louisville, KY, whose live performance, showmanship and energy is like no other.  Once you experience the music/performance of this band, you will be instantly hooked.  Taking influence from bands such as Motley Crue and Guns n' Roses, Chief (Vocals/Guitar), Tommy (Guitar), Mick (Bass) and Kidd Vicious (Drums) are blending the classic rock sound with modern day rock and roll.  Their debut EP, City Streets, was released to rave reviews in June, 2018.  Members have shared the stage with with bands such as Black Stone Cherry, Skid Row & Udo Dirkscheider (lead singer of Accept). Make no mistake, Wyld Ryde is the real deal.  As long as they're around, rock and roll will never die.