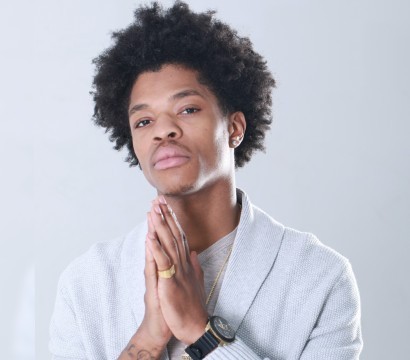 Yung Musa is taking his career to new heights for 2021 and beyond. Initally Sony signed Musa and distributed his single BTW, the single has performed well on all streaming Platforms, with a stylish video to match. The 26 year old Bklyn native is building a reputation as one of the hardest working Recording artists in the music industry these days.

Musa also signed a distribution deal thru Roc Nation. His first release thru Roc Nation is entitled "Lavish" which features Fredthegodson with a banging visual by Upstate Groove.  Musa has  toured throughout extensively throughout the United States.

Musa has  generated  radio airplay on Hot 97 in NYC & nationwide. Musa has Appeared at SXSW 2018 one of the biggest Music Festivals in the Country. He has opened for DJ Self, Jay Critch, Dej Loaf, Jaquae, DJ Drewski among others. He has also collaborated with Lougotcash, Kirko Bangz, FredtheGodson, Cryssy Bandz and Cory Gunz. While Bust Down Ft Lougotcash hit the airwaves hard. The single dropped in rotation on power 105,1 and other outlets. Musa has also performed at New York Hotspots such as Milk River, The Delancy and SOB's. Musa has been featured in several Magazines including The Source, Rapfest, Thisis50 and many more.

Yung Musa has been quietly building his production unit. His Music will serve as the soundtracks to several upcoming films. Musa has worked with Grammy winner Producers Illmind and Shy Boogs. Musa collaborated with Shy Boogs to produce a track for Skinnyforthe9 and the song Flashback for Cory Gunz.The single produced by Musa shows his versality in music production and rapping. He has also produced upcomers such as Big Moolah and Icey. Sky is the limit for Yung Musa.

Yung Musa Celebrates with Jaquae on his latest release

Yung Musa  Performs to inspire and encourge high school and middle school graduates. in an effort to give back to the community

DJ Self Show at The Delancy

Who Styling Who Show On DTF Radio