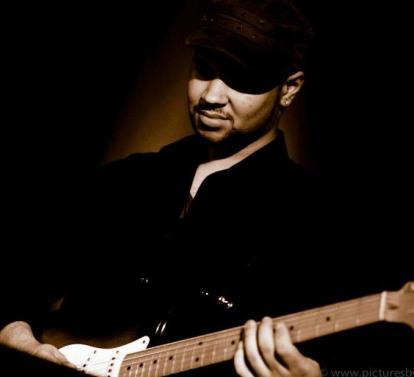 Adam also teaches as Musician's Institute, College of Contemporary Music.  In 2010, Adam completed a Doctorate of Musical Arts in Studio/Jazz guitar from the University of Southern California. Before this, he graduated in 2008 with a Master’s and in 2006 with a Bachelor’s from USC. At USC he was able to work with such prominent teachers as Bruce Foreman, Carl Verheyen, Anthony Wilson, Richard Smith, Pat Kelley, Steve Trovato, David Oakes, Adam Del Monte, Nick Stoubis, and Frank Potenza. During his tenure as a graduate student at USC he taught for 5 years in the non-major program instructing pop-rock guitar courses and private students. He holds endorsements with Gibson, Martin, PRS, Taylor, Carvin, Voodoo Labs, Duesenberg, Suhr, Nash, Benedetto, Divided By 13, Orange, Xotic, XTS, and Reunion Blues.

Throughout the world Adam has appeared on or with:

Finally my first solo album is coming out and I am hoping for your support.  Check out my go fund me campaign at gofundme.com/adamhawleymusic for a lot of great packages, thx so much!

Glad to be home, made it back from Maputo, Mozambique, Africa after 54 hours of travel playing w/ Gerald Albright and Kirk Whalum!  Glad to now be teaching at Musician's Institute, thanks to fellow USC alum Stig Mathieson for the hook up on that.  Headed to Jakarta, Indonesia next week.

The tour has been simply incredible!  After 7 weeks of rehearsals we embarked on a 6 month world tour of South America, Central America, the US, Canada, Europe, Asia, and Australia.  Only two weeks left, and while it is sad to see it come to an end I am looking forward coming home for Christmas!

Contact Information
Adam is available for touring, recording, music direction, and instruction both in the Los Angeles area and worldwide. Feel free to contact him and he will get back to you as soon as possible. Thanks! Email at: adamhawleymusic@gmail.com
Information Request