Adonis Kashe' is a Singer, Songwriter, Actor, Entertainer, hailing from Philadelphia, PA . He has a strong livelihood with music. His parents say he could sing before he could speak harmonizing to the Philly Trains as it Chooka Choos' on by and walk before he could talk. They knew from those moments that there was a special light surrounding him.

After his parent’s separation, Kashe’ relocated with his mother to the “Home of the Lonestars.” Growing up he was always a performer, from singing and dancing with a wooden broom in the living room with his papa to performing a jaw dropping performance as James Brown for his first Black History Act. Kashe' prided himself in being a musician as well as an athlete. He explains that the only reason he touched the field was to enhance his "#GetDine For the Upstage.”
In middle school, he was involved in his theatre arts community as well as picking up alto saxophone and percussion, adding already to his talented gifts. In high school, Kashe’ was a member of their award winning Varsity Choir and received the “The Most Talented Award” in 2012.

After graduating high school, Kashe’ started to grow and the magic of his talent and hard work showed up on stage and put him on the map. He started to be approached by record labels with major deals. Early in his career, he was in and out of boy bands, which gave him a better avenue to grow as an artist.

Kashe' has worked with Circle Music Group , Eddie Ferguson, Music World, Brian Angel and many more. Through his musical journey he found a new love as a Genre Architect with a Kneeknockin wave ordained as " Funxk-N-Roll" which has captured the attention of ,George Clinton, Bootsy Collins, Con-Funk-Shun & many more Funxkatiers & Legends. His innovative creative way has made the world go right due to longetivity of left's its been through. Now Kashe' Serves as A Funxk-N-Roll God. Stay Tuned For more Funxkyristic Immeasurables ... #Thyllujah 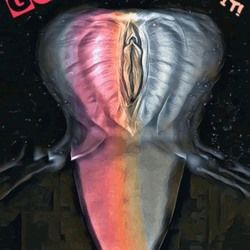 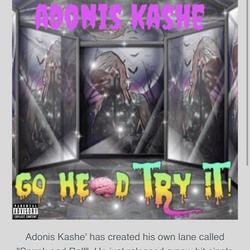 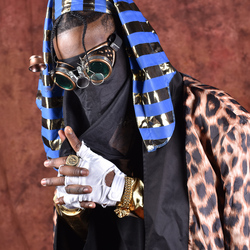