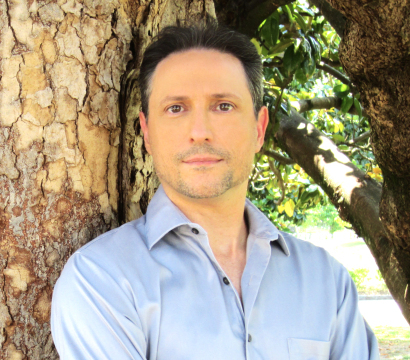 Al Conti has always been an artist and an actor, and a little over a decade ago he heeded the call of the muse to compose an album. His dedication to excellence has propelled him to becoming one of the top talents in the New Age genre. Today, Al is a GRAMMY® nominated, award winning composer, arranger, producer and multi-instrumentalist whose music is heard around the world on all forms of media and in retail spaces.

In October 2016, Shadowside Music released MYSTIC, Al’s sixth album, which was four years in the making. The album topped the ZMR Charts at #1 that month, garnered two ZMR Lifestyle Awards nominations and won Best World Album. Al describes his spiritual quest during this period in the album’s liner notes, a rare personal glimpse of the introverted artist’s world that reveal his penchant for world travel to mystical places. Rich in sound, culture, and instrumentation, Al feels the album is his best work to date. The album also includes the talents of Charlee Brooks (David Arkenstone), Pamela Copus (2002), Ricky Kej and Jeff Pearce.

Al’s previous album, The Blue Rose, quickly rose to the top #1 spot on the Zone Music Reporter (ZMR) Top 100 chart for two consecutive months. The album also reached #3 on the ZMR Top 100 Airplay Chart for 2013. In 2010, his album Northern Seas garnered a GRAMMY® nomination, made Amazon's Top 10 list for Best New Age Albums of that year, and reached #2 in the ZMR Top 100 chart for October 2010. His third album Scheherazade topped the ZMR Top 100 Chart at number 1 for three consecutive months, in October, November and December, 2008. The album also garnered four ZMR Lifestyle Music Awards nominations, including Album of the Year, and won Best World Album of 2008. Scheherazade also headed many radios 'Top 10' and 'Best of' lists,' as well as charting #5 on the ZMR's Top 100 Airplay Chart for 2008. His album Poeta was used as part of NPR's fundraising efforts in 2007 and his recording 'Quest for Orpheus,' from the same album, received a “Best of 2007” Award from Mystic Soundscapes Radio.

In 2008, Al Conti joined Kevin Bacon, Jessica Alba, Will & Grace's Shelley Morrison and other celebrities lending his name to the Until There's A Cure foundation to help raise funds for HIV/AIDS awareness and research. Al is also a member of Artists For Human Rights, an organization founded by actress Anne Archer.

Conti has traveled widely and has lived in South America, Europe and the United States. As an actor, he has appeared on television shows including the CBS daytime drama As The World Turns, in films, in numerous radio and television commercials, and on-stage in theatre productions. Born and raised in Buenos Aires, Argentina, Conti comes from a family of artists with notoriety in many fields.

Al’s childhood was full of artistic expression. His grandfather was a concert pianist, his mother was a professional ballerina, and his father is an architect, published poet and university professor. Al’s family tree also includes the famous Argentinean writer and politician Miguel Cané, who held numerous political offices, notably as Argentine minister of external affairs and of the Interior and Mayor of the City of Buenos Aires. On his mother’s side, Al is also a relative of the Necchi family that founded the famous sewing machine company.

In 2015, Al married his longtime partner and manager, Kevin Patrick Manion. They live in Atlanta with Digby and Quincy, their two adopted dogs.

Al's new album, titles MYSTIC, is now available!  Ideal for creating a relaxing and meditative space, MYSTIC begins with the tolling of distant bells calling us to introspection, and melds the medieval sounds of chant, udu, hurdy gurdy, cittern, lutes, violins, lush electric guitars by Jeff Pearce, haunting harps by Pamela Copus (2002) and alluring ambient vocals from Charlee Brooks and contributions from GRAMMY Winning artist Ricky Kej. There are nine tracks in all on this release, which is Conti’s fifth album. MYSTIC invites us to walk the path of the seeker through worldly soundscapes expertly crafted by Conti, whose Norse-God themed Northern Seas was nominated for a GRAMMY® Award. His popular albums Scheherazade and The Blue Rose conveyed ancient tales of the Middle East and China, respectively, but with MYSTIC, we more actively join in spiritual journeys to the world’s most famous sites, with Conti’s contemporary new age music laying the path. The well-travelled artist shares his personal insights about each song in the compelling liner notes of the artfully-designed 8-panel digipak.

Al's new album is in progress and is slated for release in the Fall of 2016!