AMY HALL is an in-demand, award-winning drummer based in Raleigh, NC. Born and raised in the Midwest, she has been fascinated by drums since she was a child. Though she grew up also playing piano and flute, drums were her first love. "I can't remember NOT loving the drums," she says. After years of improvising, she got her first real drum set at age 12 and formed her first band at age 18, immediately gigging every weekend. Her passion for drumming is infectious and shines through in her playing. She plays with confidence and authority, always striving to serve the song. With over 30 years behind the drums, Amy has played in rock, pop, and modern country cover bands, original bands, worship bands, and tribute bands.

Her drumming has been described as impeccable, solid, "like a human metronome," "like a freight train," and monstrous. She has experience in the recording studio and can be heard on various recordings, including songs by Multiples and North Carolina legends, Stratocruiser. Amy has appeared in DRUMHEAD Magazine, DRUM! Magazine, TOM TOM Magazine (a magazine dedicated to female drummers), KICKS! Entertainment Guide, and on the television shows North Carolina Weekend and New Hampshire Chronicle, and has opened for national acts, including Mother's Finest, Nantucket, and The Connells. She has toured the East Coast and Midwest, playing such prestigious venues as House of Blues, The Fillmore, Carrington Pavilion, Jannus Live, Rams Head, The Ritz, Cone Denim Entertainment Center, MadLife Stage & Studios, The Orange Peel, Cat's Cradle, Lincoln Theatre, as well as festivals and casinos from New York to Florida.

Since its inception in 2010, Amy played a key role in HEART BRIGADE - The USA's #1 Tribute to Heart/Led Zeppelin, leading them to the top-tier of tribute bands and helping to earn them the title of "Best Tribute Band" in the 2014 Go Live Awards. As the bandleader, owner, and "Heart historian," Amy kept the focus on re-creating an authentic Heart concert experience, including iconic Led Zeppelin classics, in a way that truly honored the music and members of Heart.

Now, Amy brings her years of tribute band experience to BAD INCORPORATED (BAD INC.) - A Bad Company/Paul Rodgers Tribute, a national touring act who have quickly gained the attention and praise of die-hard Bad Company fans. Since joining Bad Inc., Amy's drumming has helped propel them to headliner status, earning accolades such as, "She sounded just like the recordings. A real keeper there." Her focus and goal is to honor the drumming of Simon Kirke. The band plays theaters, large venues, festivals, private parties, to sold-out and appreciative crowds.

Amy is currently studying under Todd Sucherman of Styx. She resides in Raleigh, NC and is available for gigs, projects, and sessions. Contact Amy and read what people are saying about her. 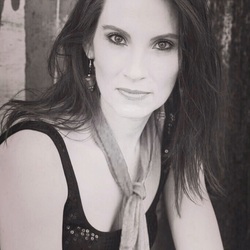 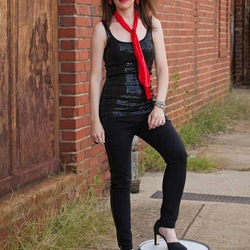 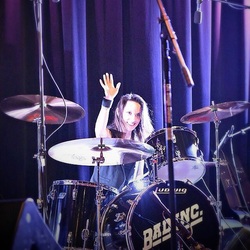 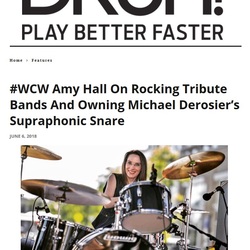 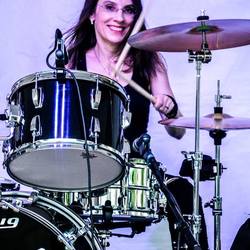 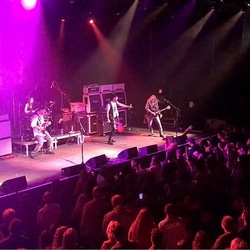 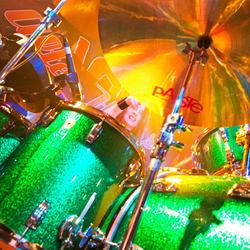 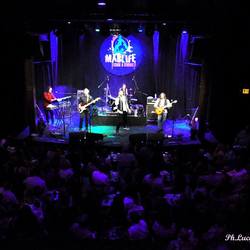 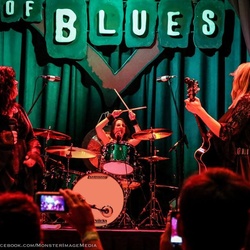 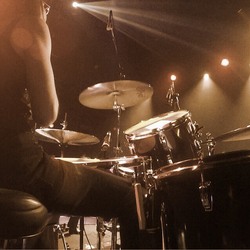 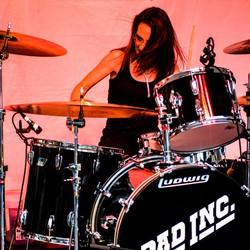 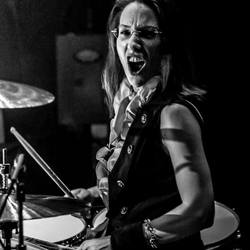 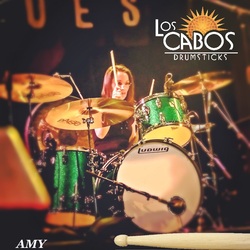 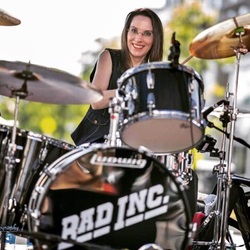 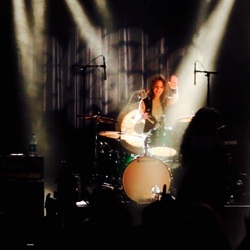 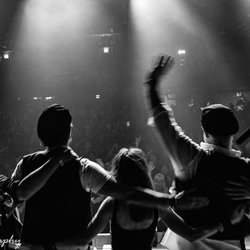 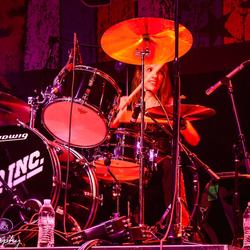 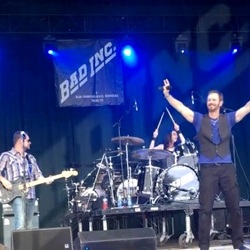 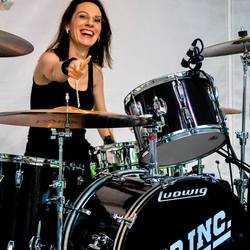 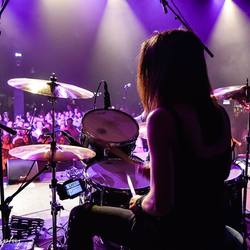 Use the form to contact Amy or to purchase Heart Brigade merchandise.