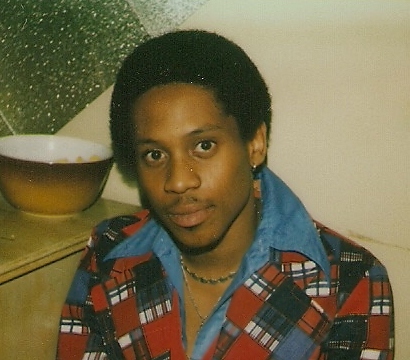 Managed Kansas City based trio “IV Real” resulting in major label interest from Mr. Kevin Evans of Blacktie Entertainment/Capital Records in the early 90’s, and was also responsible for this group signing with start up booking agency Exact Image and becoming an opening act for national touring recording acts. “IV Real” was able to play venues such as The Music Hall and Kemper Arena in Kansas City, MO and shared the stage with many acts including Bloodstone, Lorenzo, Lo-Key? and then unknown comedian, Eddie Griffin. Co-wrote, co-produced, co-directed, co-edited and was set designer for the music video “Always” featuring “IV Real” that was shown independently across the nation on cable television, locally on cable channel 30’s video show “Music Showcase” for a solid year and nationally on BET’s “Video Soul” with Donnie Simpson. This video was also an Open Division Award Winner at the 1994 Kan Film Festival.

Former Business Manager, Producer, Composer, Lead Vocalist and Musician (percussions) for five member R&B group “Poetry In Motion” throughout the late 70’s and early 80’s. This group would be offered the opportunity to tour and open for national recording act “The Masquaraders” in support of their 1975 hit single “(Call Me) The Travelin’ Man “. Offer was declined as “Poetry In Motion” members were still in college.

Former Business Manager, Co-Lead Vocalist, Composer, and Co-Producer for R & B trio “3PM” resulting in a 1988 major label singles deal offer for the original composition, “Without You” from Motown record executive Russ Regan as well as interest from Total Experience Records. Was also responsible for securing and becoming one of only five acts handled by professional management team from Detroit, Michigan, attorneys Leona & Leonia Lloyd ( Double L Management ), who were the team behind the 80’s groups “Ready For The World“ and “Kiara“. Was also the only act not from the Michigan area that was managed by Double L Management at that time.

Was, in summer of 1973, presented with the opportunity to meet with and discuss possible staff songwriting opportunities for Quincy Jones and his newly created Los Angeles, Ca based label Qwest Records. Offer was declined to begin college studies.

Was presented in 1994 with the opportunity to write with Isaac Hayes on the musical score of the independent film “Ninth Street” by writer/owner Kevin Willmott. Offer was declined because of Memphis, TN five month relocation requirement. Kevin would later win an Oscar along with Spike Lee for the movie BlacKkKlansman.
Had small but credited acting part in the national direct to video film release “Ninth Street“, starring Isaac Hayes & Martin Sheen.

Current President/Owner of re-launched 2021 Dreamin' Out Loud Entertainment as an all genre independent record label.

Dreamin' Out Loud Entertainment recorded one 11 song cd on its' flagship artist Katelyn McCarter and released one single from that project and one single from its' second artist Kristin Rader.

Has had many poems published in the “National Library of Poetry” book series, been offered several single song publishing deals and has bio listed in many national reference titles including “Who’s Who in the Midwest“, “Who’s Who in America“, “Who’s Who in the World” and “Billboard’s International Talent Directory“ among others.