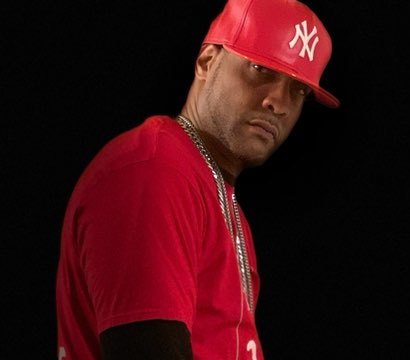 Born Bobby Taybron, Boss Major SG was raised in Brownsville, Brooklyn.
Also known as Shawn Gotti, SG has been rapping since the age of nine. Quickly developing a strong following in his home town SG grabbed the attention of a local rap group called A.W.O.L (A World Of Lunatics) and was quickly made a member. The six man group made a name for themselves battling other groups and and performing at open mic venues like The Ark, Trafalgar Square, and The Tunnel.

The group soon ran into trouble with the law and a series of conflicts in the streets.
SGe found himself facing a 5 to 15 year sentence for manslaughter where he served 8 years.

During his incarceration, he studied the music business and began making beats.
When released, SG formed a production company named WorldLeaders Music.
He then began writing and producing for artist in his neighborhood earning him the reputation of a young entrepreneur. After a series of let downs and sour business deals, SG began producing and writing for his step daughter RockStar JTB. SG and JTB began performing at venues like Tammany Hall, Black Thorn 51, Sullivan Hall where JTB developed a strong following. Considering this a success SG decided to devote all of his time to JTB.

SG soon reconnected with long time friend Lord Maj, CEO of Tha Impozzible Entertainment. After reuniting with Lord Maj, SG merged his WorldLeaders Music with Tha Impozzible Ent. signing on under Lord Man’s management.
With a powerful management team behind him, SG jumped back into performing where he quickly developed a following. Performing at venues, like Pure Lounge, The Black & White Lounge, Black Thorn 51, The Ramada Inn in Virginia, and various showcases throughout the country. SG has now begun to really make a name for himself by appearing on satellite radio stations such as DTF Radio, Desert Storm Radio, and Elegant Hoodness, rapidly becoming an underground hip hop name.
Releasing his first documented mixtape, F.O.E (Family Over Everything) SG continues to build his brand. So far he has the attention of several indie record labels and has plans to release another mixtape before working on an album. Two successfully produced videos, Tha Take Ova and Family Over Everything has SG in high demand. With over 152 songs recorded and over 1,500 self produced beats SG is more than prepared to make a mark in the music industry.

Boss Major SG and fellow members of Tha Impozzible Ent head to the studio for a new recording session.

Interview With Lisa Harris For GotMusicTalent.com

Boss Major SG's interview with GotMusicTalent editor Lisa Harris was published on May 1, 2020. The artist goes into in depth detail regarding his life, music, and abitions.

The latest single from Boss Major SG "Jungle Juice" will be aired for the first time on Smackem Radio hosted by DJ Ill Will. This will commence the 1st wave of promotions for the highly anticipated release.

Boss Major SG released his new mixtape Rap Atonement on Sugar Water Radio. The Free mixtape is hosted by DJ Franchise and can be found on Sugarwaterradio.com & Music-Real Estate.com

Boss Major SG hits New Jersey to record his new single NRNW (Never Ran_Never Will) at Simplicity Sound Studios. The rapper believes that this Boom Bap Style record will be the new anthem of his hometown Brownsville, Brooklyn, New York.

THE NEXT BIG SHOWCASE

The Henny & Redbull Podcast presents: The Next Big Showcase.