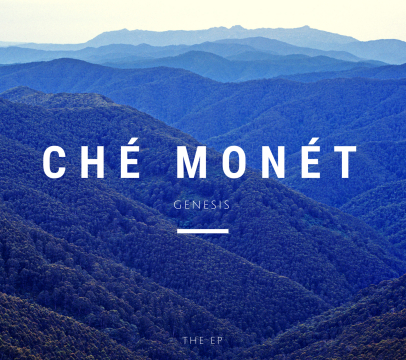 Ché's different and unique r&b/soul style stems from growing up in her church's choir, high school choir, and the artists that she listens to. She is a self-taught vocalist that has toured in Chicago, Carbondale(IL), and Champaign(IL), performed at The Artscape Festival in Baltimore, MD, and recently performed at Sofar Chicago on Septemebr 14, 2018.

During her time in college at Southern Illinois University - Carbondale, where she graduated with a B.S. in Marketing, Ché released her first 7 song EP entitled "Genesis" on SoundCloud. Her 7 song EP showed her growth from 18-21 in singing and writing. The name Gensis came from the biblical name as well as the meaning for the project.

While in college she met her touring band, "The Levites," and has had major success with them by selling out most of her tour dates. The "Genesis" artist has an unmatched singing style and a rare writing approach that makes her who she is. You can listen to "Gensis" here: https://soundcloud.com/chemonet/sets/genesis

Soul In The City Tour, Hangar 9

Soul In The City Tour, Hangar 9

Secret location in The Loop, Chicago

Tickets and More Information
Update Required To play the media you will need to either update your browser to a recent version or update your Flash plugin.
Download Download
Back
You Tube
Contact Information
Booking email: chelseapayton28@gmail.com