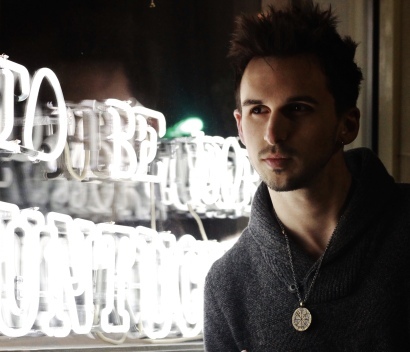 At first listen, the work of artist Christopher Blake exemplifies that of an accomplished performer. However, upon further examination, one soon discovers his considerable talents as a songwriter and producer.

Hailing from Dallas Texas, Christopher has been writing and performing live since the age of 14. Originally taken by the raw energy and honesty of Nirvana and Green Day, he soon discovered the Beatles and Jimi Hendrix. However, Blake is equally influenced by current artists such as Ed Sheeran and Bruno Mars, plus a variety of hip hop, indie pop, and jazz artists.

Blake started collaborating with popular dance artists  Caden Jester & Soco which led to a string of popular tracks and a new love and appreciation of modern pop music. "Secret Lover", the first of two songs done by the trio, recieved over half of a million plays on Soundcloud and led to the support of big influencers like Mr. Revillz & Earmilk. Their second track, "Dreamlove", took the trios buzz to new heights; as of today the song has recieved over a million plays! This work not only created a buzz around Blake but also greatly influenced his idea of the type of music he wanted to make on his own.

All of these influences can be heard in Christopher’s current release, This Side of Paradise. Blake’s sound is most readily described as a combination of blues, pop, r&b, smooth jazz, and hip hop. However, there is more, something deeper, often more mysterious. One listen to “Thoughts” from This Side of Paradise instantly transports you to a rainy night’s drive on a long stretch of highway. “Candles” reveals his roots as a guitarist and acoustic musician. “Come Closer” typifies the unique storyteller in Christopher; Deep lyrically, while maintain amazing accessibility.

In spite of his stylistic diversity and lyrical complexity, one common thread runs through Blake’s songs: His ever-present pop hook sensibility. In short, they take hold quickly, and stay with you the rest of the day. His songs seem to be written with the melody in mind, not just the meaning behind the words. Undoubtedly, all of his works bear the mark of Christopher Blake. Singer. Producer. Artist.