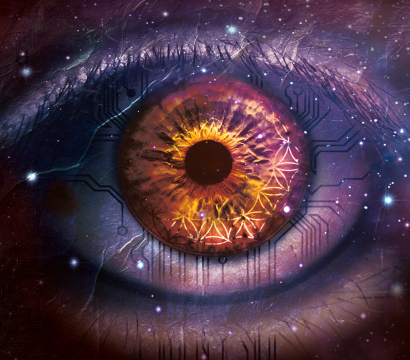 Circuitry surges signature electricity into modern heavy music. Years of experimentation in multiple genres have resulted in a potent, debilitating groove to which there is no known antidote. Fusing elements of modern progressive metal with classic metalcore, death, and catchy hooks, Circuitry strive to present their signature sound to an audience inundated with EDM and hip hop. The rhythmic acuity and energetic live show of Circuitry gained them an allegiance of devotees encompassing a broad spectrum of tastes in their relatively short existence. The band appeals to lovers of punk, hardcore, metal, and progressive music alike and has quickly earned a reputation for serious chops, flowing creativity and upbeat professionalism.

The eponymous debut album represents an overflow of impassioned artistry and a glimpse into what the future beholds as the band continuously refines its sound. Superfluous hooks, earth shattering rhythms, and guitar tessellations from another dimension abound throughout the release. This body of work was met with critical acclaim on ItDjents among other media sites, catapulting the band to Artist of the Month. “Unplug,” “Rarefactions,” and “The One Who Knocks” play-through videos have all made their way to Geargods, shedding some light onto the instrumental acumen of Circuitry, and turning many a head in the process.

Circuitry’s improbable cover of the Toto classic, “Africa” racked up thousands of views on Youtube and inspired a Metalsucks article highlighting their rendition. The exposure opened the band to yet another demographic, and catalyzed their rapidly growing presence within the metal community. Ascension within this community is no easy feat as bastions of jaded metal purists and naysayers threaten to choke out every new ember that sparks. Rather than succumb to being smothered, Circuitry has forged ahead with their fierce steadfastness to originality, musical prowess and melody. The band adamantly rejects compromise and instead sets a conflagration of sonic genesis. They exhibit unbridled devotion to their craft which affords them a unique advantage to stay ahead of the curve.

Initially the vision of guitarist and Berklee graduate, Christian Colabelli and drummer Matt Guglielmo, the Long Branch N.J. based band has since propelled forward with the force of an avalanche. Colabelli and Guglielmo are joined by vocalist extraordinaire, Joel Monet, and bass mercenary, Jason Mingalone who provide unmatched talent and vision to an already ferocious machine. The four share the same DIY ideology and have put countless hours into honing every aspect of what makes Circuitry special.

Genre bending exploration, otherworldly harmony, polished songwriting, and controlled chaos are merely a glance into what this four-piece titan has to offer. Although relatively young in its existence, Circuitry displays an uncanny musical maturity that will only ripen with age. Garnering comparisons to Periphery, Animals as Leaders, Protest the Hero, Chiodos, Fall of Troy, Killswitch Engage and Circa Survive, it’s apparent that the band is in good company and spurns eclectic tastes. Brightness surely sits on the horizon for Circuitry.