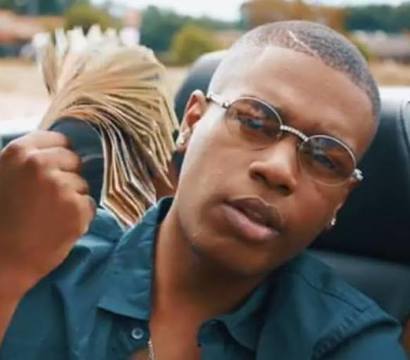 Jazarrio Robertson better known as Coolest Lame was born on November, 3rd 1993. He was raised in Detroit, Michigan all of his childhood. He lived off one of the most dangerous streets in Detroit called Fenkell Ave. He moved to Atlanta at the age of 19 to escape it all and pursue his passion in music. Coolest always had interest in music ever since he was a young boy he used to listen to some of Hip-Hop greatest such as Outkast, E40, Too Short, and Motown artist. Their teachings and story telling ability inspired him to tell his own stories about his experiences.

Making it out of the rural areas of Detroit birthed this “If I can make it there, I can make it anywhere” mantra. He knew once he landed in Atlanta, GA, one of biggest music capitals in the country, he would have nothing but opportunity to make his dreams a reality. Not too long after making the big move to the south Coolest got his first start in the industry when he signed with Monsta Fam Music Group, an independent record label. While he was with Monsta Fam Music Group he released his first solo project “Made in Detroit”. The project created a lot of buzz around Atlanta and his single “Ain’t Me” was on rotation on some of Atlanta’s top radio stations 98.3 The Beat, Foxy- 205 and more.

Coolest first single was so successful that he got granted an opportunity to be a guest performer at the 2013 iHeart Music Festival in Columbus, GA and was invited to perform at 2013 Coast to Coast festival. His second single off of “Made in Detroit” “Sex and Liquor Weather” was released in 2013 and is still getting airplay today. Throughout his career he has opened shows for some of biggest industry names, T.I, Future, Young Jeezy, The Migos and August Alsina.

After Coolest released his first project he followed up with a sophomore project “Made in Detroit 2” in 2016. By this second release he began to mature more in the industry and turn Coolest Lame into a household name.

While working on his music brand Coolest decided to take a passion he’s always had in art and design and make it into another stream of revenue to sponsor his music career. He launched a clothing brand in 2016 called “Coolest Lame”, named after himself, that featured an unorthodox bear character he designed. The bear is captured on all of his merchandise with a distressed body wearing signature Cartier frames. The bear’s appearance symbolizes Coolest personal image. He’s been through a lot in his past, hence the bear’s rugged frame and yet he wears his past as sign of pride and humbleness hence his Cartier frames.

Coolest Lame is currently working on a new music project and creating new designs for his clothing brand for the fall. To stay updated with Coolest follow him on Instagram @coolestlame and his twitter @coolestlame.