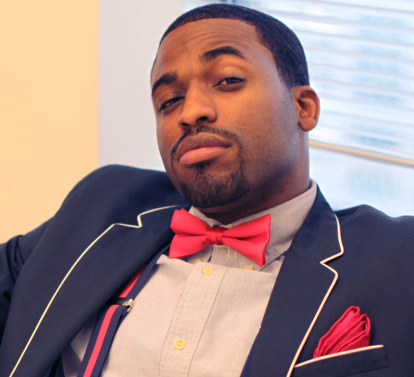 Craig Myers is an American hip-hop artist from Philadelphia, Pa. He is an entertainer as well as a talented and creative songwriter. Not only creating for him self but rappers, R&B and pop singers alike. Craig Myers was raised in South Philadelphia where his mother introduced him to music at an early age. She would constantly play old school records and sing throughout the house.

Craig would later establish his mother’s passion falling in love with music in the early 90’s through his growing admiration of hip hops finest Notorious B.I.G. His lyrical gifts initially became apparent at the age of seven when he would make comical rhymes about everything from girls to his favorite cereal. Craig would play his favorite hip-hop tapes continuously until they eventually popped.

In his early teens Craig began putting together various mix tapes making him very popular throughout his neighborhood, little did he know his interest in music would later link him to a greater calling. Craig Myers perfected his craft in the South Philadelphia Tasker Projects. His father was never really a part of his life because of his many run ins with the law.

When Craig Myers was six years old his mother was tragically murdered before his eyes. After this shock in Craig's life his father could not provide an adequate life for him, forcing Craig Myers to move in with his grandparents. Craig Myers looked for an output to release his pain; he found solace in the recording studio. Craig Myers began to enter talent shows and rap on the corners with his peers earning him the respect of an already seasoned lyricist.

A local producer first noticed Craig Myers at the age of fourteen, after a competition at a neighborhood barbecue. Craig Myers then proceeded to do numerous mix tapes and songs with the indie label until he was 18 years old. That relationship would soon diminish due to creative differences.

A year later Craig Myers branched off on his own, later linking with fellow songwriter L. Payton through a chance meeting. Together the songwriting duo has created a unique and charismatic sound unheard of in some time. Craig Myers had found his niche. He began recording his new sound at a local studio creating material that is rapidly catching the attention of numerous fans. Craig Myers is a force to be reckoned with, currently performing at several venues where he pulls the crowd in with his magnetic presence. Craig Myers is soon to be a household name. Continuously referred to as Mr. Superb with his melodic hooks mixing pop and hip-hop incorporating distinctive rhymes. This extraordinary talent cannot be denied.

Craig Myers performs at Freedom Theater NOVEMBER 26th!! Be there! This is a star studded event. Craig Myers will perform his hit songs accompanied by his live band! Do not miss this show! Tickets will be available for purchase soon! Visit this sight frequently to find out when.

GOING BACK TO CALI

Craig will be in Los  Angeles California next week working with a very talented recording artist by the name of Alex Isley.

LOOK FOR ME ON JANGO.COM
Back

UNITY IN THE COMMUNITY PEACE EVENT