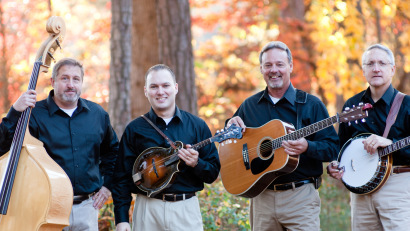 Damascus Ridge is a bluegrass gospel band based in central North Carolina. The band formed in 2008 and has played engagements at a wide variety of public venues, festivals, celebrations, events, services and other functions. We have been honored to share our music with many new friends in NC, Virginia, Maryland, Tennessee and Pennsylvania.

With a goal to spread the word of Christ through song into the hearts of many, we've had the privilege to perform at many churches and organizations and would like to sincerely thank those who have encouraged and supported us.