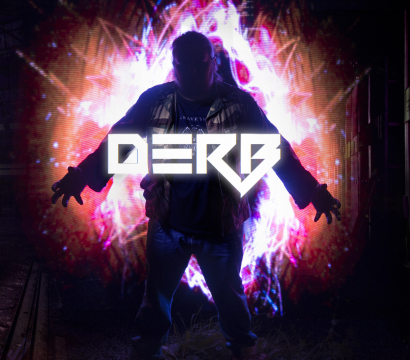 DERB is a DJ/Producer/Visual Artist hailing from the backwoods of Kingston, New Brunswick, Canada who has a sound that is a flow of Dubstep, Freeform Bass & Moombahton. He has been fortunate to share the stage with a number of talented artists during his career such as Black Tiger Sex Machine, Slynk, Mat The Alien & Abstrakt Sonance among many others! DERB has also released tracks on labels like Lasersquid Records (CA) & Moombahton Central Recordings (NE) with plans to release his first EP "Deep Down & Derby" in the future!

I played all Bass Barns 1 through to 9

Dates were the following;

Played along with Scout & Mr Hyde

Show that Stephen Lewis & I did together. Great night, Great Show, Great People!

First set of the weekend on the Electrofusion Stage & I also had a surprise set in the Shady Groove Yurt Stage from 1:30am to 6:30am

Mini festival a close friend of mine puts on out at his camp. Open to all close festival friends/family and all free!

Got a last minute spot on the Evolve Festival thanks to KDZ of Dub Kartel on the HomeBass Stage.

Cooltrainer Cody, myself then we did a B2B bass house set at the end

Home Bass at Pub Down Under (Saint John, New Brunswick)

Bustin' x DERB x dope x KDZ for Home Bass at Pub Down Under & I also did visuals for the event under Yeti Visuals.

Performed after Slynk & before Dienamix

Preformed on The Prisim Stage before Abstrakt Sonance

Performed on the Barn Stage Saturday night before Dienamix

Soundwave at The Phoenix

Holy Hannah 10 years!!!! Each X-mas party has been better than the last, and this year is no exception!

Don't forget, the first 50 people through the door get $5 off the cover charge, a Feels Good X-mas grab bag (with lots of tasty treats) AND gets their name put into a draw for 2 weekend passes to Folly Fest! So be sure to get there early.

Check out this sweet lineup!

As usual, this is a creative black tie, so be sure to get fancy!

MERRY CHRISTMAS EVERYONE ♥ PussyWeed Productions is back for the New Year and proud to announce we'll be giving Halifax the first taste of PK Sound from Thick Jiff Event Productions for 2018!!

We are bringing in DERB from NB to bang the bass outta these beasts of speakers, and he's takin' Fractal Code (Cooltrainercody's evolution!) down with him.
We have Jeff Jump Up Keddyand Zartowniś going B2B to start off the night bangin' right.

We cannot wait to push these speakers to their limits in our favorite venue, big things will be coming for you all from Pussyweed this year. ;)

DERB is a DJ/Producer hailing from the backwoods of Kingston, New Brunswick with a sound that is a mix of Moombahton, Dubstep & Trap. He has been fortunate to play alongside acts such as Black Tiger Sex Machine, Slynk, Abstract Sonance among others during his career. With releases on Lasersquid Records & Moombahton Central Records as well as plans to release his first EP “Deep Down & Derby” in the near future!

Jeff ‘Jump Up’ Keddy started off in the party scene in Dallas, Texas and quickly moved across North America – Baltimore MD, San Diego CA, and Denver CO all throughout the late 90’s, then finally landed in Halifax, Nova Scotia.

Not only has Jeff perfected his technical skills over the years, but he has learned to bring a jump up energy with him that brings crowds to their feet and beyond! Intuitive to the crowd he puts on a show t
hat leaves the party-goer sopping in sweat and covered in pure satisfaction.

Fractal Code is the evolution of CoolTrainerCody. Well, CoolTrainerCody is still traveling through the digital pokemon world creating beats and laughing. Fractal Code comes into play to show the Psy world digemonic beats. A creature that knows how to travel through a cosmic realm of Deep Glitch and Bass so well that you can't help to groove to. With high energy on the stage, Fractal Code is a electronic psy show that brings psychedelic funky beats and energy that will leave a feeling of warmth to your brain and body..

Get ready for this boy to go B2B with Jeff Jump Up Keddy, bringing you to your feet as he did many at the Mushroom stage this year at Future Forest. If you can't tell, we love Future Forest here at Pussyweed...

A veteran performer, Kaleidakat has an impressive resume including major Maritime Festivals such as Evolve and Future Forest.
"KaliedaKat is a Halifax based hulahoop dance ninja who combines feminine flow with bass low bounce. I aim to leave my audience energized and wide eyed!"

Rachael is an up-and-coming contortion and flow art peformer based in Halifax. There is some serious talent packed into this adorable, tiny contortionist. She is sure to leave you mesmerized by the beat.

Breathing life into venues, stages and atmospheres across the Maritimes, Spiffy Labs is coming to set the tone for the deep bass coming your way. With visuals featured in some of the biggest Maritime festivals--Future Forest, Evolve and a key member of the beloved Jah festival--we cannot wait to see what he's cookin up for us.

Jacqueline K. Quackenbush has decorated some of the biggest Maritime festivals-- Future Forest , Kollektiv--and decorates events regularly in the city, with much imagine and skill. Turning any space into trippy, wobbly, psychedelic bits matching the music as if pulled from its imagination.

For the last twenty years, Kristen Crewe has been drawing, painting, colouring, sewing, designing and imagining whenever possible. She is responsible for many environments in festivals and venues across the Maritimes, immersing the audience visually into the music for a complete experience...

BizZzArt is another Maritime favorite, a new force in the scene taking over quickly--another that has decorated Future Forest, Kollektiv, Evolve and so many more. Their string art is unique, with layers and layers of psychedelia. Powered by Dragan Jane and Al Pennington , they always bring Pussyweed's event to fractal life.

We cannot wait to blow the roof off of Menz & Mollyz Bar this new year!