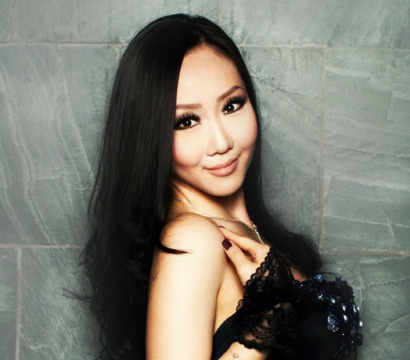 After embracing her true passion for heart-thumping electro and progressive house music, Dirty Secret has quickly emerged as one of Hawaii’s star female DJs. Now she’s primed to take her talent to new heights in Las Vegas, with bold ambitions to match her energy and ability to get the crowd pumping.

The Seoul-born spinner was raised in Hawaii and moved to San Diego in 2003 to study medicine at San Diego State University. While she was in California, Dirty Secret began attending music festivals in Los Angeles and San Bernadino and fell in love with electronic dance music. Inspired by the DJs’ capability to inject energy and joy into the crowd, she purchased Pioneer equipment and learned to DJ - but kept her passion a secret.

Even as she was applying to dental schools while finishing her biology degree, Dirty Secret’s conscience kept telling her to follow her true musical aspirations.  After she graduated with a Biology, B.S. Emphasis in Microbiology degree from SDSU in 2008, she finally decided to push forward and chase her dreams.

Dirty Secret - who counts the Bloody Beetroots, Hardwell, Dada Life, Markus Schulz, Tiesto and Swedish House Mafia among her greatest musical influences - got her DJ start in San Jose, and in 2011 decided to move back to the islands to take on the local EDM scene. Her trademark enthusiasm and hard-hitting electro and progressive house music have made her a hot commodity.

Hawaii has been quick to recognize Dirty Secret’s skills, making her an in-demand DJ who’s played at a number of events and opened for some of the biggest names in EDM. The Pure Coalition member and former resident DJ at Space and Spectrum After Hours has performed at The Love Festival, Hawaii’s biggest and longest-running EDM music festival; the SPIN Electronic Music Festival; as well as at House of Wax, Wonderland and Silky Love events. Some of the marquee DJs who’ve appeared at those events include Gareth Emery, Andy Moor, Dennis Sheperd, TV Rock, Treasure Fingers and Flosstradamus.

Now that she’s made a name for herself in California and Hawaii, Dirty Secret isn’t hesitating about her next move: She’s ready to take on the world. She moved to Las Vegas in April 2014, where she’ll build on her ambitions to tour the U.S. and across the globe. In 2015 Dirty Secret became a resident at TAO Nightclub and LAVO Lounge.  She's currently a resident at Drai's Afterhours and Beachclub. Her dream is to spin at clubs and music festivals worldwide and expand her fan base even more - with her passion and talent, the only question will be how quickly she rises to the top.