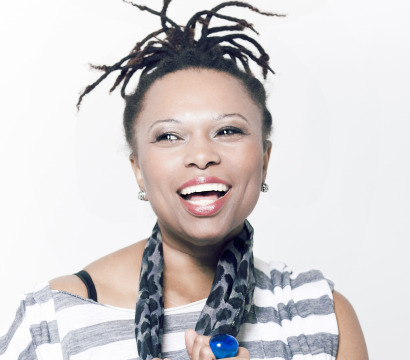 DJ Lady D has played nationally and internationally since 1995. Her appeal is diverse; she has performed versatile sets of house, techno and disco for fan-filled and celebrity events in North America, Europe, Asia and Russia. Her now classic CD, "Naked Kaleidoscope", put her on the map in addition to producing, remixing and supervising music while at Afterhours Music. Lady D has managed her own record label D’lectable Music since 2004.

In 2013 she reunited with SuperJane (with DJ's Colette, Heather & Dayhota) to celebrate 16 years of being the first girl DJ collective in the US with a mini tour on the West & Midwest scenes. Currently, she remains focused on studio work and an upcoming tour (2015) celebrating 20 years of djing. She is also a resident DJ appearing on the 101WKQX FM's popular Saturday night mix show, "Electric Playground" along with names like Morgan Page, Green Velvet and others. Always in demand, look for more to come from DJ Lady D.

LA Weekly gives the EDM masses a bit of a schooling in this thought piece on notable DJ's they think you should know about. Including Chicago's very own DJ Lady D. Read more at:

Chicagoist Gets Up Close with DJ Lady D

In this two part article from their Chicago DJ interview series, Chicagoist goes down the rabbit hole in this in-depth interview with DJ Lady D.  Read it HERE.

Update Required To play the media you will need to either update your browser to a recent version or update your Flash plugin.
Download
Back
You Tube
Back