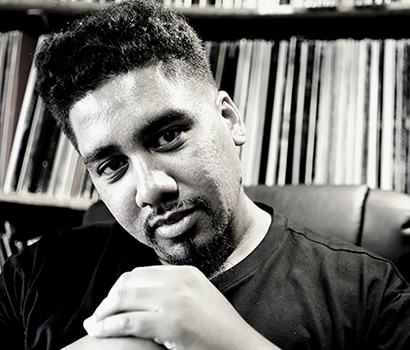 DJ Tasi is well recognized in the San Francisco Bay Area for his “Mixtape Mondays”. He receives high praise in the music industry for releasing free mixtapes once a week on his website djtasi.com. Since 2004, DJ Tasi has independently sold over 200,000 mix-tapes worldwide. His third release, “Checkin’ Trapps”, featuring Mindtrapp (now known as a Universal Recording artist and 2013 Grammy Nominated, Checkin’ Trapps), gained regional success in Arizona selling over 30,000 units in six months; making DJ Tasi an underground success on the mix-tape circuit.

Born in Brooklyn, New York, he is the only child of Anita Joe, a New Zealand native, and Ralph Joe, a Master Sergeant in the U.S. Army. Tasi’s Samoan and African American descent gave him the ability to relate to different cultures at an early age. Tasi began life as an Army brat, since his father was stationed at military bases across the world. He was raised with the discipline and military habits taught by his father, hence, his drive and ambition in developing his music career.

With this advancement, DJ Tasi sought bigger opportunities and formed Power-Move Productions (PMP). He branded his name with hundreds of nightclubs nation-wide; imprinting the PMP logo and the DJ Tasi name on millions of fliers and posters. His event coordinating ventures helped gain corporate sponsorship for the DJ Tasi and Power Move Productions brands including the support of Highline Custom Jewelry.

At the age 18, DJ Tasi began his career in radio. He was introduced to former Program Director Jazzy Jim Archer at Wild 94.9 who listened to DJ Tasi’s demo and within 24 hours put him on-air live. For over a year DJ Tasi held a position at Wild 94.9 as a weekend mixer. DJ Tasi later left Wild to gain independence as a DJ and subsequently joined Stanford Radio’s KZSU 90.1 where he mixed on-air every Sunday. But it wasn’t till Spring of 2012 that DJ Tasi landed his current position as an on-air mixer at KCRH 89.9FM. His hard work and dedication gained him a promotion to Music Director where he currently oversees and programs all genres of music that play on-air.

Currently DJ Tasi is working on the launching of his DJ crew. He recruited top club, radio and mobile DJ’s to join him and they are currently creating a huge buzz for themselves in the San Francisco Bay Area.

On The Border (Dublin)

Patron Tequila presents Thirsty Thursdays at On The Border Restaurant and Cantina. From 6-9pm DJ Tasi will provide the sounds for Dublin's Thursday night hot spot.

On The Border (Dublin)

DJ Tasi is back for his 3rd year at On The Border's Cinco De Mayo celebration! Join him and the Patron girls for the livest Cinco celebration in Dublin California from 4:30pm - 10:30pm.