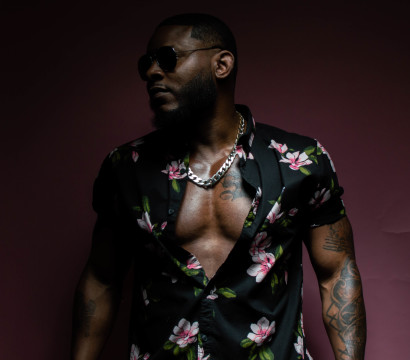 Dray Love was born in Memphis, TN. and began singing at the age of 7. He is inspired by legendary artist such as Michael Jackson, Joe, Brian McKnight and Musiq Soul Child. At the age of 13 he began to write and record. By the time that he was 18 he was an R&B threat outperforming and crushing open mics and small venue shows. Dray Love is a writer, composer, and most of all an all-around gifted artist. His music is a soulful mix of R&B, Pop & Neo Soul. Dray Love is deemed as the next artist to make it out of Memphis because of his raw talent.

While part of the R&B Group Offici8l, Dray Love has opened for Lyfe Jennings, Genuine and appeared on the The Tom Joyner Morning Show. With the groups mediocre local success Dray Love ventured out solo and was signed up by ONE FAMM MUSIC GROUP and released his successful single "Side Effect” and debut album "Red Zone".

Dray Love have been busy entertaining his fans with appearances in Sex N the City Tour Hard Rock Cafe and Folklife Festival Seattle 2018. His 2018 mixtape release “The Invitation” with the hit song “She’s the One.” Currently he is working on his follow up album that is due out later in 2019. The Sensual Seductive sounds of Dray Love will be playing in your bedroom soon. In the meantime, Dray Love has not stop giving his fans great music. His new single “So Fine” is in stores now. In 2019 Dray Love was included in the Day 26 national tour. With new hit single Leading Me On. Some women like it when a man chase them. They want you but play hard to get because they want you to go the extra mile , and soon you find that you’ve been chasing her all this time just to realize she has no destination ... You never catch her but ...... She know what’s up. With new releases coming in 2020.

Dray Love 2020 comes with new single Waiting For Love for the new year. His smooth-voice with a comfortable tone who rides a poppy yet soulful R&B track. The song "Waiting for Love" has a grown-up feel combined with a youthful bop that makes heads nod.You feel beautiful emotion coming from Dray's voice and I never stopped listening throughout the song.

Umoja Fest and Third Level Events presents Soul N The Park on the Soul in the City stage Featuring OFMG Recording Artist Dray Love and Dwayne D'Arby.
Each year we bring you the hottest Soul, R&B and Hip Hop artist all on one stage! Come enjoy this amazing event with your families. There will be vendors from all over. Food, clothing, informative, jewelry and much much more!

New mixtape by Dray Love called Invitation. This mixtape features original songs by Dray Love like She's The One,  Mr. Get Right, and Total Seduction just to name a few. This will be a classic. due out this year.

SEATTLE-TACOMA, WA — One Famm Music Group, an imprint of Sony Music Entertainment, is proud to announce that one of the label’s most talked-about artists, Dray Love (also known as DeAndre Hayes), has agreed to a new endorsement contract with a fashion brand based in Los Anagles:STATUHS DENIM.

Dray Love is currently touring the United States to promote his latest album, Red Zone, and its signature single, “Side Effects.” But this rising artist has been inspiring listeners since he began singing at the age of seven. Inspired by legendary artists such as Michael Jackson, Brian McKnight and Musiq Soul Child, at 13 he began to write and record. Rising up the ranks by performing everywhere from karaoke bars to open-mic nights, Dray aspired to being not just a composer or singer but an all-around entertainer. Blending aspects of traditional R&B, pop and neo-soul joined One Famm Music Group in 2017, dazzling audiences with singles like "Side Effects," “Let’s Get Creative” and “Unbreakable.”

“Red Zone is such a sexy, smooth and passionate album,” says One Famm CEO Theo Hall, better known as Mr. Network, who founded the Seattle-Tacoma-based label in 1998. “I think Dray Love will be seducing listeners for a long time to come, and we’re proud that One Famm Music Group is his partner in that journey.”

"This is nothing but good things coming from this endorsement with STATUHS DENIM"  Mr. Network ~ CEO of ONE FAMM MUSIC GROUP. Who was the one negotiated the deal.

The album is available now for download at all music outlets and on www.onefammmusicgroup.com. For more about Dray Love, visit www.artistecard.com/draylove. And check out STATUHS DENIM @STATUHSDENIM

Dray Love "Side Effects" Facebook Live (EXCLISIVE) Listening Party Thursday night on the DTTO RADIO SHOW w/Dj.SagaBoss in Atlanta June 29th @10.00pm. I will be perfoming my SMASH HIT single "Side Effects" Live via Facebook Live Stream and will be randomly selecting 10 lucky fans from the live stream to win a Dray Love promotional package. It will consist of an autographed signed copy of my Hit single "Side Effects",RedZone T-Shirt & an Autographed Copy of my single. Download Instinct Radio Now
Related Link:
https://www.facebook.com/Drayloveforever/

The Savvi Gents vs The Klassic Gentlemen Fashion Extravaganza

Atlanta- December 10th 2017- Savvi Magazine announced today that the nationally published print and digital Male Magazine will be releasing a double edition, at their 1st annual Stuff the Bus Charity Male Fashion Extravaganza to benefit various needy kids in the Atlanta Metro area. All toys and proceeds from the charity fashion show will be donated to various Atlanta Area shelters and orphanages. The goal is to stuff two school buses full of toys, shoes, clothes, and toiletries to provide an amazing Christmas for some very deserving youth.

Tunnel Vision Entertainment and OFMG brings the best of the best in Hip-Hop and R&B to The Hard Rock Seattle. Co-headlined by Dray Love and Rahel B, with special guests Ohjmarie and Filhouttecindy!

Presale tickets ($12) available online via Ticketweb or through the artists. You may also pay at the door with cash ($15).

The Cavern Club is a live music venue above the Hard Rock Cafe with limited seating available on a first-come, first-served basis. No reservations accepted upstairs.