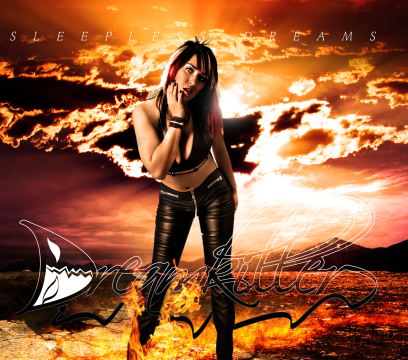 DREAMKILLER is a nationally touring melodic hard rock band that presents elements of soulful melodies, jazzy harmonies, catchy rock hooks and prides themselves on colorful lyrics that include positive themes of strength, perseverance, conquering your fears head-on, as well as pushing with no limits to accomplish your goals.

The band was founded in 2004 by Greensboro, NC native and triple threat, Christy Johnson, [2010 Los Angeles Music Awards NATIONAL FEMALE VOCAL PERFORMER OF THE YEAR; 2013 International Music & Entertainment Awards ROCK FEMALE VOCALIST OF THE YEAR] who has been featured in such films as "Tobe Hooper's Mortuary", "National Lampoon's Pucked", and is starring as Judy Hartley in the upcoming re-imagining, "Night of The Living Dead: Genesis". Involved in arts her entire life, Christy holds a MA and BA in Acting.

Music from Dreamkiller has received placement in 12 different films so far, many of which have been released worldwide and have won numerous awards. Notably, their single "Absolution" has been utilized in "Monster Jam" experiences globally and their track "Lyrik's Battle" was named as #7 of the Top 10 Most Requested Tracks of 2012 on the nationally syndicated FM/internet broadcast Rock Solid Pressure Show. Along with receiving numerous accolades, they have showcased at a plethora of music conferences and tour nationally in support of their full-length concept album "Sleepless Dreams". Additionally, they have released singles that were mixed by Grammy award winning producer, Toby Wright, “Absolution” and “Love vs. Dreams”. Dreamkiller is currently finishing up their second full length concept album, entitled “11:11”. With countless U.S. national tours under their belt, they added touring Canada to the list and hope to span their travel worldwide.