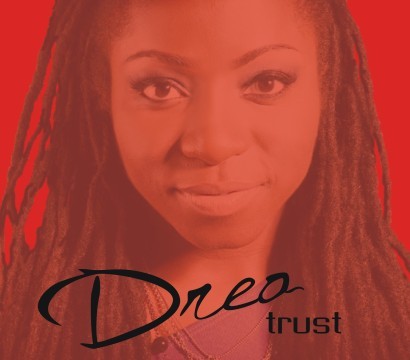 Drea is a multi-faceted female Indie artist. Drea is the executive producer, songwriter, and musician, performing on Keys, Rhodes, Guitar, Bass, and Strings & Vocals on her most recent album TRUST.

Drea’s genres include R&B, Soul and Jazz, all of which are clearly conveyed within her new freshman and sophomore album TRUST. Trust is Drea’s second album and will be available on CDBaby, iTunes, Rhapsody, and Amazon.

The New York based artist, with roots in Alabama. Her music career started at the age of 14, when the young artist accompanied with father in churches, fairs and local events. Staying true to her roots, Drea continues to be a musical inspiration in churches each Sunday, after performing gigs through the week and Saturday nights. No stranger to a hard work and focused ambition, Drea’s body of work is that of an artist, producer and most recently as the principle of a recording studio, Drea Music Online. This young artist routinely performs several times per week and has now done so for more that 15 years.

"This is what true music sounds like and you are getting a heavy dose of it", Austin Jeter Urban Magazine.

Her first album can be heard at www.jango.com/music/drea.

Her second album contains Drea's solo’s performances. — "Trust", "Hooked" and "Come To Me"