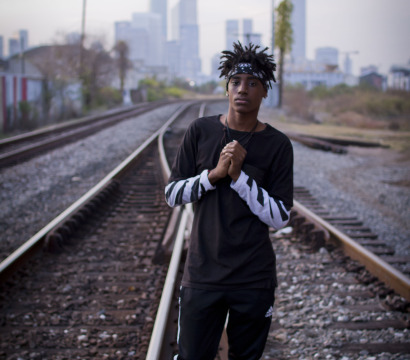 Andre Moore Jr. (a.k.a. Dre Pierré) was born December 27, 1996 in the Alief area of Houston, TX. As a young child, he grew up intrigued by different genres of music ranging from soul and R&B to hip hop music. He also took an early interest in writing poems and acting in his school theatre. Although he was just an avid hip hop fan, eventually a friend convinced him that he should rap and that he would be good at it. As a result, they formed a group recording demo tracks eventually spliting due to personal disputes.

In 2012, he met A.Belief in his high school English classroom, eventually forming a musical and friendly bond when Dre joined his group, Eternal Presence, co-founded by Para-Soul (formerly known as Capt. Obvi). The group went through signifciant changes in the line up, adding Capt. Cannabis and Jordan Wimbs to its roster over a year span. There were now four rappers and a cinematographer.

Ever since, the group started recording several tracks which resulted in an EP free downoad release, Lost Souls, which came out on May 6, 2014. Exactly a week later, Dre Pierré's debut mixtape dropped, Garden Of Eden, which only took three months to complete. His first music video, New World Disorder, was released on YouTube amidst the 22nd anniversary of the L.A. riots. Two more videos would accompany the project; Out My Mind and A.S. 18, being Eternal Presence's debut appearance as a group in a music video. He appears on A. Belief's Red Summer project. He plans to release a follow-up EP entitled The Blackkk Lagoon with Eternal Presence in February and fully produce Capt. Cannabis's debut mixtape expected sometime in 2015.