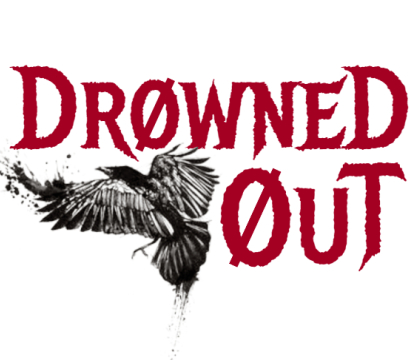 Drowned Out is a 4 piece Punk Rock band from Spartanburg, SC. That formed in the spring of 2016. Branded by their audience as "Ugly Pop" Their sound is a mixture reminiscent of the early and mid 90's with driving basslines from bassist Austin Wise, punchy drums from drummer Jason Barrett, gritty guitar tone and blistering solos from Guitarist / Lead Vocalist Dan O'Dylanger, tied together with old school LA Punk guitar style from Guitarist Ryan Lara. The vocal style of lead vocalist Dan O'Dylanger is nothing short of classic, sporting a raspy yet melodic tone. Their sound as a unit is centered around brilliant vocal harmonies from frontman O'Dylanger and Guitarist Ryan Lara, backed up by an audible assault provided by the rhythm section of Drummer Jason Barrett & Bassist Austin Wise. The music is fast, its gritty, it's high-energy and infectiously catchy. With sing-a-long style hooks and headbang inducing rhythm sections, this band is guaranteed to get your attention. Drowned Out Released their debut feature length studio album "Nevermore" July 4th 2020 via Curtain Call Records & Sony Music.

Drowned Out organized and headlined their very own 2 day Music Festival at Benford Brewing Co in Lancaster SC Nov 7th & 8th of 2020 as a launch for their very own beer "The Drowned Out Raven Lager" Brewed and canned by Benford Brewing Co. Hosting 19 bands from all over the country and serving as the only Music Festival that took place in the year of 2020 in South Carolina.

Drowned Out's Debut Album "Nevermore" has been nominated for Best Album of 2020 by the UMA.

Drowned Out was voted the #1 unsigned Rock band in the Southeast by Rock Rage Radio in 2019. As well as voted into the top 25 unsigned Rock bands in the US finishing in 14th overall. Drowned Out has been featured on the following US Based publications and radio programs :

Drowned Out signed with Curtain Call Records in April of 2020.

Drowned Out's Debut Studio Album Nevermore has been nominated by The Upstate Music Awards for ALBUM OF THE YEAR 2020!

Voting is easy, takes less than a minute, just tap the link, create and account and tap the VOTE button beside Nevermore.

You can vote daily until polls close, so please go vote EVERYDAY!

Over the Holiday season, while everyone was resting and putting what was arguably the worst year of our lives to bed. Drowned Out was hard at work burning the midnight oil securing new endorsement deals, writing and recording new music and booking their 2021 calendar out. Their most proud of the partnership they've struck with powerhouse PigHog Cables! A household name amongst musicians of all types, Drowned Out has been using their equipment and cables since day one due to its reliability. So it only made sense that when the opportunity to be an official PigHog Artist presented itself, the guys jumped at it.

In addition to securing a slot on the Official PigHog Artist roster, they also managed to secure a discount code for all you fans! In an attempt to invite the fans to try PigHog cables for themselves, the company agreed to offer 20% off to Drowned Out fans by using promo code "DROWNED20" at checkout to instantly save 20% off their purchase from www.pighogcables.com

While you're there, be sure to head over and scope out Drowned Out's official Artist page courtest of the fine folks at Pig Hog Cables.

"It's an honor to be backed up by a company that I truly admire and trust. I've been using their cables for as long as I've known about them, and it just feels good to know that on top of producing a top grade product, they also support the artists who support them." - Dan O'Dylanger stated.

Dan and Ryan are now officially endorsed by Black Diamond Strings! Both have exclusively used Black Diamond strings prior to the deal, so it only made sense to make it official! "I was a slinky guy, until I played a guitar strung up with Black Diamonds, after that i was sold for life" Said O'Dylanger. "The life of these strings outlasts any other coated bass string I've ever used" remarked Lara.

Black Diamond Strings originated in New Brunswick, New Jersey, where the National Musical String Co., the first maker of harmonicas in America, became one of the world's largest manufacturers of steel musical strings. These strings turn up everywhere in music history and now have found their way to Punk Rock music with Drowned Out.

Black Diamond strings have a hexagon shaped core that allows for superior grip between frets. Black Coating provides an even longer life to Black Diamond’s superior duration. The coating will protect your strings from hand oils that can cause premature wear. All six strings are coated to give full protection and a balanced feel.

"Once you play a set of Black Diamonds, you'll never play anything else" - Dan O'Dylanger

Stay tuned to the bands Social Media platforms for exclusive Drowned Out discount code on your Black Diamond strings!

IF you haven't already be sure to check us out on Facebook where you can find exclusive content and interviews with the band!

SC Brewery To brew and can Drowned Out Beer!

Benford Brewing  of Lancaster, SC has partnered with Drowned Out to brew a beer in their honor called the Drowned Out Raven Lager set to release Nov 7th 2020.

The Raven Lager is said to have a classic american lager flavor profile with a bit more attitude according to Bryan O'Neal, Owner of Benford Brewing Co. "Its such an honor to have one of the top breweries in the state offer to brew a beer in our honor" Said Dan O'Dylanger, vocalist and lead guitarist of the band. He continued with "We love our fans and what better way to give back to them than pouring them a beer?"

To kick this off there will be a 2 day outdoor music festival at the brewery in Lancaster, SC, November 7-8th! The lineup will be announced in the weeks to come, but will contain both bands from out of state as well as local acts. There will be local food trucks, cold beer on tap, and social distancing will be observed. Be sure to mark your calendar

Dan O'Dylanger on the Asylum - Interviewed by Sid Jones

Wednesday, April 1st 2020, in the midst of the worldwide Covid-19 pandemic Spartanburg SC based Punk band signed a 2 record deal with Ohio based independent Record Label Curtain Call Records. "It was no secret that Drowned Out was shopping labels" said lead vocalist and guitarist Dan O'Dylanger. he continued with "They made us the best deal, and we genuinely look forward to working with them."

Drowned Out's first single "Falling Down" is already receiving airtime on western USA FM stations and worldwide on Internet and College Radio, and will be available everywhere you stream your music in the coming month. There is still no release date for the full album, Bassist, backing vocalist and producer Ryan Lara stated "We're at the mercy of this virus when it comes to releasing the full album"

House Shows For Hope is a homemade benefit organization created to help people and donate to charities/businesses in need.

Show will be broadcast LIVE on Twitch.

Metal In The Mountains - Pipestem, WV

The Mini Farmers Sanctuary needs our help to not get shut down by the Greenville County Zoning Commission. We are holding a benefit show to support this amazing organization at GOTTROCKS on 4/18 two days before their Re-Zoning Hearing with the county. For just $10 and a signature on this Petition (CLICK HERE TO SIGN)
you get to see 5 kickass Rock bands : Drowned Out, Act Normal, The First To Fight, Atrophy and The Wild Angels!
100% of proceeds go to The Mini Farmers Sanctuary.

Don't live close but still want to help? Heres how you can :

EMAIL REZONING SUPPORT LETTERS if you do not live in Greenville County. Email these letters to theminifarmers@outlook.com or you can mail them to 445 Dallas Road Greenville, SC 29607

with all the negativity in this world, this organization promotes something pure and positive. It's something Greenville County and all of the upstate can and should be proud of. IF we come together as a community, in the name of Rock n' Roll and Loving Animals, we can help save it. Join Us, Saturday April 18th at Gottrocks in Greenville. With your help, we're going to save this Farm.