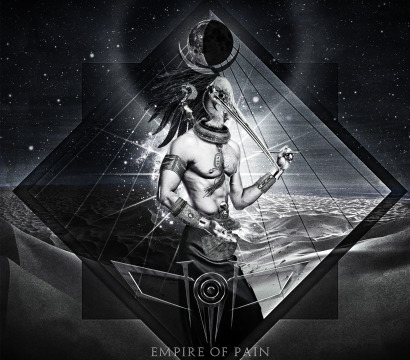 3. Mastermind of the band is MORBID BLACKSTAR – Known from SYNERGY OF SOULS, SLITWRIST, NYCHT0MACH1NA. President of the Rock And Metal International Film Festival (RAMIFF) and writer, producer, director and actor of the Award Winning Film 'NECROMURDER: A Black Metal Story'

5. Weston “ANTARES” Coppola (vocals) known from EYES OF NOCTUM and he is the son of the famous actor NICOLAS CAGE.

Dynasty of Darkness was born in Bruchsal, Germany in 2008. First recordings and video footage were recorded in an abandoned military complex from the Second World War which used to be the ‘Bundesnachrichtendienst Zentrale’ or the Secret Service for the Nazis, the compositions were created behind machine gun dented bulletproof doors and rusted barbwire cells creating an unmatchable atmosphere of obscure, cold and eerie material which was used for their first demos.

In 2009 the band recruited the double Grammy Award winner and Golden Record winner Jan Axel Blomberg Aka. ‘Hellhammer’ as their official session drummer, who recorded all of the drum tracks for their debut Full Length album ‘Empire of Pain’ at the Mølla Studio in Norway, where bands such as Arcturus, Ulver, Mayhem, Rotting Christ, Aura Noir have recorded. Later on Attila Csihar was invited as a guest singer and recorded an obscure track under his Void of Voices project; in 2010 the band summoned the double Grammy Award winner & musical mastermind Amund Svensson Aka. Pzy-Clone to work on full orchestrations and symphonies on the album adding an element of epic majestic darkness to the music.

The album was produced by Morbid and co-produced and recorded by Steve Tucker and Charles Logic for the original recordings and later re-mixed and remastered by The Leaders Records in 2013. For the completion of the album more than 6 studios were used in 2 different Continents and 4 different countries.

Dynasty of Darkness’s diversity in music execution has put critics worldwide into question; unable to categorize the band’s sound into a specific genre and has named the band sound simply ‘Extreme Metal.’ The music combines varied musical styles that ranges from the rawest Black metal to Thrash to Industrial, Heavy Metal and even Death Brutal. The songs contain an explicit element of ravaging dark melodies combined with eerie atmospheric keyboards that enrich the music with obscure passages.

Currently Looking for a Record Label and Management.

LOOKING FOR A NEW RECORD LABEL AND MANAGER

We are currently shopping for a Record Label and a Manager.

The Band is looking for Booking Agent and Management for upcoming proposals for European Festivals.

Band gets a 2 record deal with The Leaders Records

Band lands a 2 record deal with The Leader Records EU

Ater 3 years of production, the debut album has finally been completed.