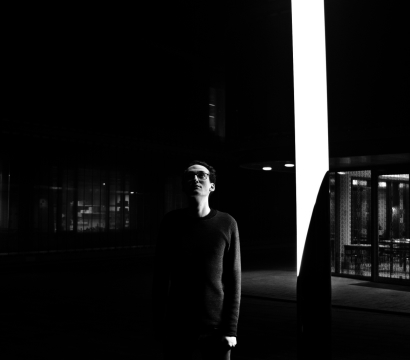 ABOUT:
Ephemeral Sky is an Austrian Post-Metal solo-project by Zbigniew (Zibi) Nowitzki. It was founded in early 2012 in Graz. Ephemeral Sky takes its roots in Post-Rock and adds ethereal Black Metal, nostalgic Neofolk and a pinch of proggy Groove to create a captivating atmosphere.

Around 2013 the first demo, Bipolar, was completed. At the time it consisted solely of VST-instruments, which were "recorded" using a conventional laptop keyboard. 8 years later, in early 2020, the demo was completely re-recorded and partially re-written to create the full-length album BIPOLAR (out November 30th 2020). All the instruments were played by Zibi except Cello and Drums, which were written by Zibi, yet recorded by session musicians.

Around 2017, Ephemeral Sky released an EP called Memoria, which was used as an original soundtrack for a student game-development project of the same name. It is completely instrumental and features 4 short ambient piano songs.

At the moment (11.2020) recording of the next album (Æsthetics) has already begun.

>> I wrote this album back in 2012 during my semester abroad in Canada. I used a cheap DAW and "recorded" everything in midi using stock plugins and my laptop's keyboard as midi-input (if you are interested in hearing what that sounded like, I have the complete 2012 demo uploaded to my Soundcloud account).

Back then I was heavily influenced by Atmospheric Black Metal bands like Wolves In The Throne Room and Agalloch. I was also listening to a lot of Neofolk, like Of The Wand The Moon and Neun Welten. I knew I wanted to add some folk elements because I just love the atmosphere they create and I thought it would be an interesting choice to pair that with Black Metal and Explosions In The Sky-esque Post-Rock.

Originally I intended the album to be completely instrumental. However, I quickly grew to realize that it was a bit too repetitive and stale for that (at the time) and really lacked a center piece. The lyrics for most of the tracks were also written in 2012-2013. In general that was a very dark and dramatic period of my life. And even though I presently no longer identify with the lyrics I wrote back then, I decided against re-writing them, since they are sincere and that was how I felt. I see this album as a time capsule of sorts.

The reason it took so long to record the album was partially due to my past inability to play the guitar and do vocals (I'm a trained pianist), partially due to unreliable session musicians and partially due to the recording studio I booked around 2015 just being a major fuck-up, losing files and not keeping appointments.

However! All that turned out to be good, because it gave me the chance to truly grow as a composer as well as a musician and thus the album as of now turned out better than I could have ever hoped for! Plus, I can truly say it is MY album, since I played all the instruments and wrote all the music for it myself (except the cello, which I wrote but was played by a dear friend of mine; and the drums, which were played partially by a session musician).

For those who also listened to the 2012 demo, you will notice that I made a lot of changes to the some songs. That just happens. Over the 8 years since I wrote the album I grew tremendously as a musician and also diversified my musical taste. So, for example, you will find a lot of progressive-like Leprous-inspired groove riffs that made it in the final version.

Also, I am extremely proud to say that the album was mastered by Mika Jussila from Finnvox Studios, who also mastered albums for Alcest, ISIS, Solstafir, Moonsorrow and Pelican.

This album is definitely for you if you dig Alcest, Kauan, Agalloch or Solstafir.

All in all, I am incredibly proud of finally releasing this album and 15-year-old me could have never imagined how great it would turn out! Thanks for listening to it and stay tuned, because the next release is already in the making! <<

Bipolar will be available as golden vinyl (limited to 100pcs) and 6-panel digipak (limited to 200pcs).