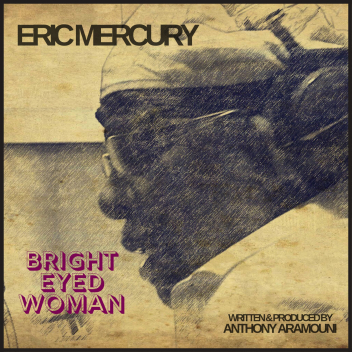 Eric Mercury was born and raised in Toronto, Canada. In 1968, he moved to New York City and released his first solo album “Electric Black Man” produced by Gary Katz under the Avco Embassy label.

To mark the 50 years of his involvement in the music world, Eric returns with a brand new single called "Bright Eyed Woman" written and produced by Montreal based songwriter/producer Anthony Aramouni.