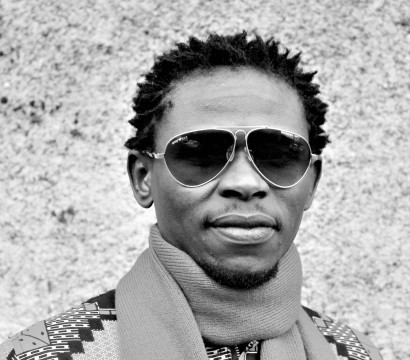 Guitarist Ernest Ikwanga is a versatile instrumentalist, recording artist, charismatic performer and gifted composer whose distinct, melodic sound thrills audiences of all ages. Mte Wambali calls Ikwanga “one of the most respected and loved guitar men in Jazz.”

This Malawian artist has recorded three albums including Chisekese (2017), Yenda (2011), Love Your Neighbor (2006). His music can be heard on radio and television airwaves nationwide, and his albums have hit numerous jazz charts. Ernest toured extensively with Mafilika. He has been a featured performer and fan favorite more than once at the Lake of Stars Festival. He has also garnered rave reviews overseas, performing in Netherlands, Switzerland, Brussels, China, UK and touring with The Very Best in Glasgow. Ikwanga has shared the stage with many great artists including Earl Klugh, Oliver Mtukudzi, Wambali Mkandawire, Masauko Chipembere Jr, Erik Paliani, Freshly Ground, Beverly Knight, just to mention a few. He has been featured in international and local media and publications such as BBC, CNN, MBC TV, Zodiak TV, Timveni TV, Times Media Group and The Nation Publications.

In February 2018, Ernest Ikwanga performed at one of the largest Music Festivals in Africa: Sauti Za Busara, Zanzibar (Tanzania).April 2019 Ernest Ikwanga has performed at Lausanne Malt Festival and also Fribourg . In July and August 2019 he had a Malawian tour where he performed in Blantyre and Lilongwe.

Live with Mafilika at LOS in Mangochi

Ernest Ikwanga and Mbanaye, the road to Sauti za Busara

An Afro Fusion Jazz Night, in Fribourg with

An Afro-Fusion Jazz Night! Music from Malawi, in Lausanne with