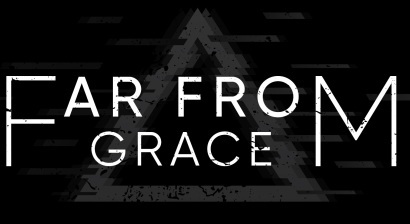 Far From Grace is a Polish metalcore band from Wroclaw. The begining of it took place in the middle of 2017 when Łukasz Lipiński and Bartek Psurek have met. In July two first singles " Beaten and Broken" and " Are we lost..." have been recorded. They were uploaded in virtual form on Youtube two months later.
The band stabilized at the begining of 2018, when Jasiek Pieszczoch joined as a guitarist and Jan Jarząbek replaced Michał Godzisz as a drummer.
In the same time the band started working on their new and first EP called "Who Am I To You...", which was realised all by themselves. The Ep was realesed in April 2018. In August the band had an opportunity to play with Of Virtue ( U.S.A), ATENA(Nor) and The Royal( Ne) as a supporter of their tour in Wrocław. Far From Grace also had an opportunity to play with The Sixpounder, I Was Born Twice and The Unrest. After two years another change had to be done. Tomasz Jarosz changed Jan as a drummer and Konrad Kochutek jumped into the slot of the bass player.

Contact Information
Please, give Us any question about gigs, booking and concerts.
Information Request