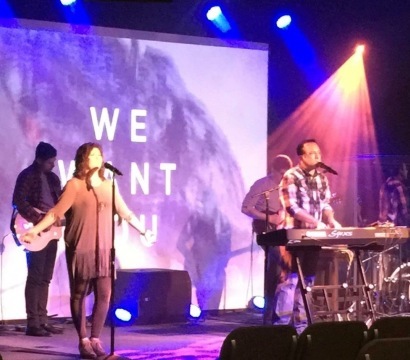 Franklin started his love for music early in life. His first formal lessons started in the fouth grade taking piano lessons. The rest, is history.

He married the love of his life Kelley in 1999 and they have 3 incredible kids that keep them extremely busy.  You can follow them through Kelley's blog at ourlifebynumbers.blogspot.com

He has served as a worship pastor since 2005, leading multiple bands. In 2007 he released an independent worship album. He now serves as the campus pastor at a satelite location of Crossland Community Church in Morgantown, KY each week.

As well as playing in worship bands, Franklin also plays keys and sings with a local rock band called DiZZorderly Conduct.  DiZZorderly Conduct is a cover band that plays local venues and party playing some of the best party rock music from the 50's, 60's and 70's.

Bardstown Concert In The Park

with Doug Stone and DiZZorderly Conduct

Admissions is Free to the Public!!!

Franklin Concert In The Park

This is a Private event.

This is a Private Event

First gig of 2015 with DiZZorderly Conduct!!!

If a rock band is a little more of what you're looking for then book us a DiZZorderlyconduct@gmail.com