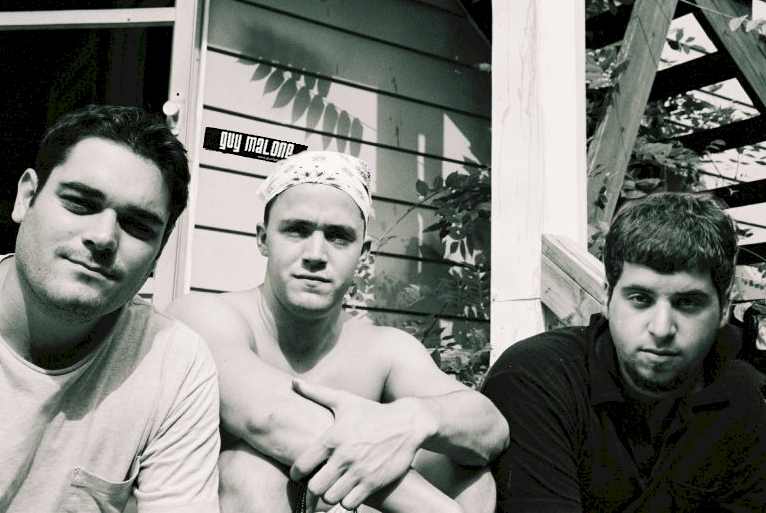 Connecticut’s premier power jam trio throws off labels and convention to carry us through the new millennium. For several years the band has been playing the best clubs in the Northeast and beyond, delivering jaw-dropping live shows wherever they perform. Guy Malone blends a classic rock sound with the blues, shades of bluegrass, jazz and reggae. Their influences range from Aerosmith to Zappa. With soulful vocals, muscular guitar lines, driven by a tight rhythm section, the band is quickly becoming a force to be reckoned with.

The band has played in some of the best venues in the Northeast and beyond including Moe.Down, Toad's Place, Lion's Den, The Knitting Factory, The Elbow Room, The Electric Comany, The Shamrock, King's Tavern, Monopole, Nectar's, Harpers Ferry, Iron Horse Music Hall , The Webster Theater, Sully's Pub, Outer Banks Brew Station - NC, Aroma Cafe - VA to name a few.

GUY MALONE has performed at 103 different venues in 11 states

Guy Malone, a power trio from Waterbury, have aged well.

Brett Calabrese (guitar and lead vocals), Dave Coppola (drums and backing vocals) and Jake Atkins (bass) — all in their early thirties — have been writing and playing original music together in one form or another since 1995, when they were freshman at Holy Cross High School. As an independent and local band, they've had success over the years, having performed on festival stages and in clubs throughout the northeast.

Originally a quartet, the band achieved critical acclaim in 2005, as a three-piece, when it released its finest studio recording, Spook The Pigeons. Calabrese referred to the trio version as "the second genesis of the band, the birth of the band as the three-piece as we all know it now." In 2012, Guy Malone – they take their name from a friend's alter ego — perform a refined and "matured" version of the old school funk and improv rock they began with.

"Since that point, we've grown exponentially as musicians and human beings," Calabrese said in an interview at the band's home studio in Watertown. "When you only have three instruments going, there is a lot of space to fill. You start off just wailing and you figure out how the other guys play, and you grow into other things. I thought it was interesting how when that happened we started listening to each other more. Now it's second nature to the three of us."

The biggest challenge the band has faced over the years is actually finishing a recording. A prolific songwriter who also performs in his father's Chicago tribute band, Connecticut Transit Authority, Calabrese and Guy Malone tend to move on from one song to another rather quickly. "We tend to be in perpetual forward motion, so the difficulty is focusing on what we're trying to do," he said.

Live, the trio has a natural cohesiveness and a tight musical bond that comes from having performed together countless times, something that Atkins and Coppola each have a distinct take on.

"Everything kind of comes back to you," Atkins said. "Our band is kind of like riding a bike or something. You just get on, and you do it. I don't even know how that works. It's got to be the chemistry that we have. It just comes together."

"You know what's amazing about all of that? I think about it all the time: how do we do that? It really is a gift to work with them, to work together. There really is just a lot of natural ability that just falls together," says Coppola. They all laugh at the cheesy sentiment, and he attempts to clarify. "The signals that Brett gives, that Jake gives, I pick up on naturally, just 'cause of our collective experience, but also ... it's just a gift."

Guy Malone has a live repertoire of more than 200 songs, including several that are fairly recent, and expects to release a new recording in 2013.