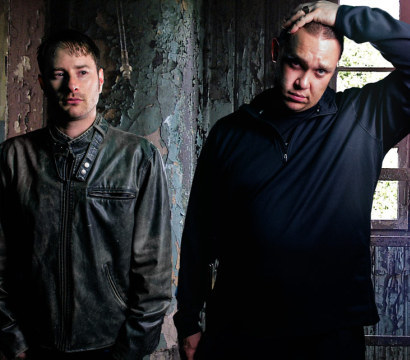 Progression meets the mainstream. That is the goal of the newest group to hit the rock scene, Harbinger Uprising, both musically and lyrically. "I wanna talk about the hidden truths. I wanna go deep into perspectives, and start a conversation".

Led by Morgan Adames, the group aspires to be a new sound while merging our favorites over the last 20 years of rock. Post-Grunge and Metal meet Funk, Rap, and Progressive Rock as the group takes cues from Smashing Pumpkins, Chevelle, RATM, Deftones, Nirvana, Foo Fighters, and by the progressive era of bands like Fall of Troy, Tool, A Perfect Circle, and The Mars Volta.

Initially formed in 2009, Morgan Adames became the four piece band's voice and guitarist, joined by drummer Charles Frost, guitarist Jon Knight, and bassist Tim Filer. "Then we hit the glass ceiling," Morgan noted. "We were all already struggling financially, and more money was going out than coming in. Time was also becoming a factor." The live scene had reached it's peak, for the moment, and the group needed an album recorded to ascend any further. Adames headed to the studio, and was later joined by friend and Assistant Producer Brad Shelton to record what would be their debut album, "Line in the Sand". Morgan and Brad remained in the studio, later joined by drummer Brett Marbes, who adds a new level of depth to the group. Combining complex prog-rock styles with classic jam grooves, Brett emboldens their sound with a backbone made of steel. "Brett drums a little differently (than other drummers), and it's always interesting", Morgan notes. Appearances from the original members, and three guest performances also continue to add diversity to the band's sound.

Justin Sensing initially met the duo as their friend/ photographer/ band lawyer. After several projects together, Justin eventually joined to play bass and sing co-vocals in the new trio. A new element had been molded into the group, and their sound evolved yet again. Justin brought some lighter moments to the band, and a funk that hadn't been heard before. New songs were written, and the live scene resumed.

"I don't wanna light a torch for them to see. I wanna burn so bright it hurts to look at", describes Brad about the album's missions. With a heavy dose of reality, the album, "Line in the Sand" really takes us to another place. Lyrically, it's a little bit like a third person view of everyone's lives, combining common mistakes and regrets with insight and discovery.

"Imagine everyone who has lived, or will ever live", Morgan reflects. "I believe 80% of our life lessons can be summed down to some simple fundamentals. And I believe we can do much better at passing those fundamentals down to the next generation. I see a lot of needless agony out there.

I wanna wrap up old problems, and start fixing new issues." Available online, Harbinger Uprising proves to be a group worth keeping an eye on. "Line in the Sand" has now been officially released.

Our Ranks Have Continued to Climb!

Check out our growing list of radio stations that support our music!!!!
"Angel" was played 10/3/15 on Out of My Head Radio. ​(Found @ 36 minutes)
​"Breathe Through the Choke", and "Heroes" is playing on Boston Rock Radio's weekly rotation
http://www.bostonrockradio.com/

"Facing Oblivion" has aired on Out of My Head Radio

"Heroes" was played in London on DAB Digital Radio on Saturday, 8/29/15. Aired by @aaronphillipsdj

"Heroes" has ranked #39 in the National N1M Charts for Alternative Rock, and #1 in Tennessee!!!

Harbinger Uprising has 3 singles that have ranked #2,#3, and #4 in Alternative Rock in Tennessee for 6 weeks in a row!