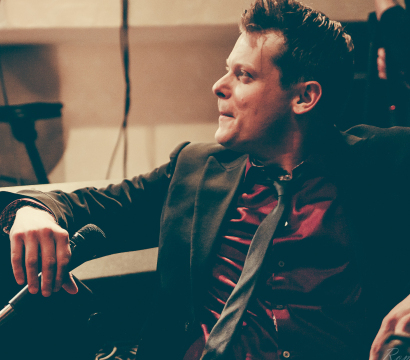 American born singer/multi-instrumentalist Harrison Young is perhaps most widely known for his work with multi-platinum recording artists like Doro Pesch, Udo Dirkschneider, and Talib Kweli, but parallel to his extensive professional resume, Young has also recorded and released 7 studio albums of his own under various monikers including Little Neon, Earth Minor, EBE, and a live jazz album.

As a solo jazz artist he has toured the world from the Sea of Japan to the Port of Rotterdam, all across Russia, Europe, and his native United States, headlining festivals in Russia, Ukraine, Belarus, The Netherlands, and more.

2019 will see Harrison touring extensively both as a solo artist as well as with his Blues/Rock power trio The Cards featuring legendary British guitarist Paul Quinn and Dutch drummer Koen Herfst. Harrison and The Cards will be releasing new music to all major online outlets soon.