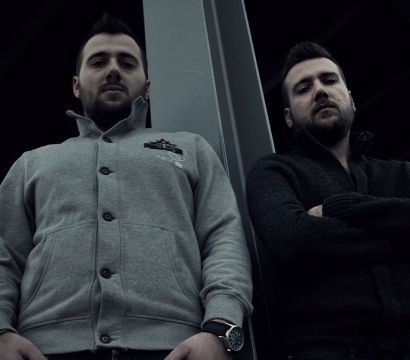 Harris Tzigkounakis (aka Funkyfish) started as a Dj at the early 00's in local clubs, bars and parties and that continued while he moved for his studies to Patras. Since 2005 he has started producing his own music and working in partnership with several artists and young local producers. The result of this work was a number of original tracks, remixes, bootlegs and appearances all over Greece and a very strong partnership with his good friend dj and producer, Angelo M.
In the last years he moved to his own studio where he has been working on House, Tech-House and Progressive music. In 2012 he will make his first 5 track EP ''Smokin' '' released by Minitree (Thessaloniki, Greece) followed by a great gig in Tokyo City Bar (Thessaloniki) representing Minitree's Showcase. With latest releases on "Making You Dance" (Miami) and "Beachside Records" (Miami, USA) along his brother, his production style can be described as deep and tech-house with progressive vibes and sounds inspired by his influences.

John Tzigkounakis (a.k.a. Wellseen) at the age of 18 decides to get involved at a professional level with music production. He started as a dj and continued with music production. He moved in Thessaloniki where he combines studies with music and began studies in music technology and sound engineer at AKMI college. During these years, he started producing his own music and continued as sound engineer and producer in radio stations & studios till nowdays. In 2012, John has his first release on Lyr's EP ''Hat-P'' & his first EP called ''V-Touch'' by Minitree. His tracks in collaboration with his brother have been rereleased in numerous compilations such as Future Deep House (LW Recordings), Delicious House (Baccara Music) and Sick to Deep House (Bavaria Records).

Highjacks is a project of Dj/Producers duo from Greece between Harris Tzigkounakis and John Tzigkounakis. Whilst the two brothers are now based in Thessaloniki, they have their weekly radio show every Sunday 22:00 -23:00 eet. on Thessaloniki's best Internet Radio “Mansta Radio” [www.manstaradio.gr] the last two years. John was resident dj for AKMI College fashion show two years in a raw that took place in Shark Bar Restaurant and Ocean Club and was a part of the well known New Year's Eve Party (2014) at Club Vogue (Thessaloniki). Also they will have gigs all over the town and Chalkidki, in numerous well known and respectful bars and clubs such as Art House, Cockctail Bar, Tokyo City Bar , Thermaikos Bar, Plwton (Neos Marmaras, Chalkidki), Plaz (Porto Carras, Chalkidiki) & Babewatch (Chalkidiki). Except their past releases in other labels (Family Grooves, Making You Dance) as their second allias "Funkyfish & Wellseen", they showcase their music production skills with their first two track EP being released by Mr. Moutarde Records in December 2014 called “Fingerprints”. One month later, January 2015, they release their second EP from Soleid Records again in collaboration with Angelo M. This was only the beginning as till now they have released numerous tracks and remixes on Soleid Records, Beachside Records, Dj Tarkan's No Smoking Records, Re-Dupre's Miami Underground Records and Dakar Carvalho's Clap7 Label.
With forthcoming releases on East Project, Invisible Love, Bullfincth and the famous King Street and many of their tracks re-released by famous compilations, they considered one of the most promising artists in Greece.

They have collaborations with one of the city's best Dj duo and residents of Piccadilly Club (Thessaloniki) Special Kays and their partner in crime Angelo M (Angelo Moutsai). Recently they participated in the famous “Bear Project” festival that took place in Naousa (Imathia, Greece) among Lastraw, Nick Jojo & Yanna Thomas.
Their tracks have been supported by many big djs/producers and Radio Stations worldwide.

Highjacks on the web

Contact Information
For Bookings // Promos // Remix Requests fill the form including your information and your request.