Frontiers Music Srl is pleased to announce the reissue of Swedish rockers House Of Shakira's debut album, "Lint" on March 11, 2022. Available on 2CD and 2xLP color vinyl, the reissue marks the album's 25th Anniversary and is remastered by guitarist Mats Hallstensson. In addition to a remaster of the original album, the reissue features a never-before released version of the full album featuring lead vocals by the band's original singer, Mikael Eriksson. Eriksson recorded the album and then departed the band before it was released, so the band re-recorded "Lint" with then new vocalist, Andreas Eklund. That version is what was released and what the public knows to be the band's debut album, "Lint".
Pre-order/save "Lint XXV" on CD/LP/Digital HERE: https://orcd.co/lintxxv
Listen to the previously unreleased version of 'Method Of Madness' featuring Mikael Eriksson on vocals HERE: https://youtu.be/f6kNpGDoA1M (Also available to stream on all major streaming services.)
"Since "Lint" has a 25th anniversary in 2022, it was time to dust off the old DAT master tapes that I've kept since 1997. I also found DAT demos of all the "Lint" tracks that we recorded with our first singer Mikael "Zifa" Eriksson during 1993-1995. I re-mastered all the tracks and it ended up as a double album. Since all the tracks are new masters, I think it sounds fresh, and very much up to date," says Mats Hallstensson.
Frontiers Music Srl released the band's last studio album (and ninth overall), “Radiocarbon” in 2019 and in addition to the reissue of "Lint" on March 11, 2022, will also release the band's next brand new studio album.
Originally called The Station, House Of Shakira is a Swedish melodic hard rock band originally formed in Stockholm in 1991. After deciding to change their name at the behest of a Swedish record label, "The Record Station", who thought the band's name was too close to their own, their new moniker came about in an interesting way. A German magazine, that had reviewed their demo and noticed the band had no name, ran a contest to have their readers pick the band's name. Geoff Noddings, a reader from England, entered the contest and suggested the name "House Of Shakira". In 1991, newspapers in England had written about a boutique store in London called "The House of Shakira." Using the sale of clothes in the boutique as a cover, the store actually offered and sold a very different commodity, as it was in fact a bordello. The band loved the name and thought then, and still today, that the name is a nice metaphor for something that is not what it seems to be. That certainly fits in with their music not being what one would normally expect of 'melodic rock'.
House Of Shakira is known for having a unique sound that stands out amongst other bands in the genre. They create melodic rock of the highest quality by mixing hard rock with several other musical styles. The vocals soar, the melodies rise, and the guitars bring it all back together. All these components make listening to the band's music a sensational experience. Because of the diversity of the music, House Of Shakira does not fall under your typical hard rock banner and in a world of musical clones, this is indeed a breath of fresh air. House Of Shakira are one of the most consistent and enjoyable melodic hard rock bands out there, as proved through their body of work over the decades.
Tracklisting:
CD1 *Remastered*
1. Morning Over Morocco
2. Lint
3. Method Of Madness
4. No. 8
5. Who’s Lying Now
6. Elephant Gun
7. Our Love Was Good
8. The Story The Same
9. Canned Laughter
10. Remember
11. Everything’s Fine
CD2
*All tracks featuring lead vocals by Mikael Eriksson*
1. Morning Over Morocco
2. Lint
3. Method Of Madness
4. No. 8
5. Who’s Lying Now
6. Elephant Gun
7. Our Love Was Good
8. The Story The Same
9. Canned Laughter
10. Remember
11. Everything’s Fine
“Lint” Line-up:
Andreas Eklund – Vocals
Mats Hallstensson – Guitars, Vocals
Anders Lundström – Guitars
Per Schelander – Bass, Vocals
Tony Andersson - Drums
https://www.facebook.com/HouseofShakira/ 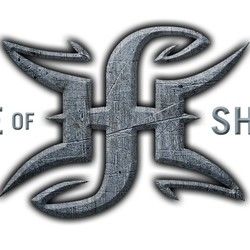 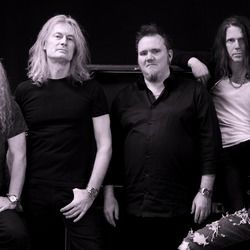 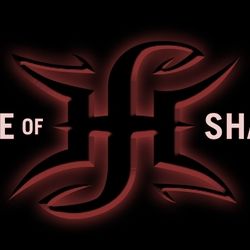 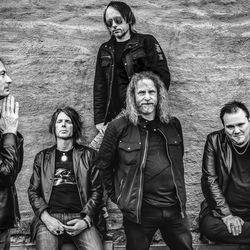 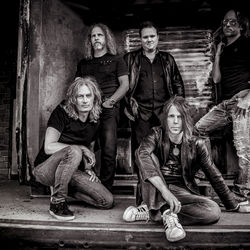 HOUSE OF SHAKIRA is a Swedish melodic Hard Rock band formed originally in Stockholm around 1991. The band carries a unique sound that stands out among other bands in the same genre. HOUSE OF SHAKIRA produces melodic rock of the very highest quality due to a constant mixing of hard rock with several other musical styles - the vocals soar, the melodies rise and the guitars bring it all together. All these components makes listening to HOUSE OF SHAKIRA's music a sensational experience. Because of the diversity of the lyrics and the music, HOUSE OF SHAKIRA does not fall under your typical Hard Rock classification; they find a wider musically interested audience and fan community.

HOUSE OF SHAKIRAs debut "Lint"(bluestone) hit the stores in 1997 and was nominated best debut album by magazines and e-zines all over Europe. Some magazines went even further in their praises of the band and put " Lint "up on the "top-ten list" of debut albums ever. The band has been around for fifteen years now and the members are still creative and push themselves to write the best songs in rock n' roll today. “Radiocarbon” is the band’s ninth original studio album and shows a band at the top of their game. House Of Shakira are one of the most consistent and enjoyable melodic hard rock bands out there, long may that continue! 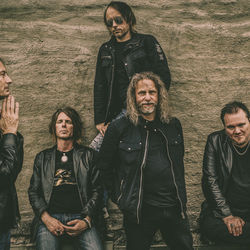 One Circumstance
You Tube