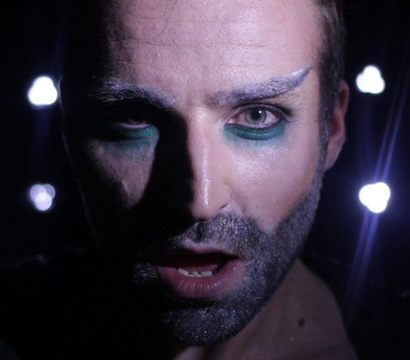 I AM MANDRAKE is a singer/songwriter from Vancouver, British Columbia.  Born

of entertaining, I AM MANDRAKE began showcasing performance talents at the

age of nineteen in the nightclub scene in Vancouver, BC.  In performance,  I AM

MANDRAKE draws inspiration from his gymnastics/circus background and often

features circus peroformers, dancers and even drag queens into performances.

2009 nightclub city tour, played as an official performer of the 2010 Olympic

Winter Games in Whistler, BC.,  featured as Virgin Radio's "Best in BC" and

featured regular commercial radio play, and I AM MANDRAKE's 'Pot of Gold' was

the official song of Vancouver Pride in 2013 amonst others.

I AM MANDRAKE's first official music video has been released!  Directed by Nina Hirten and OJP studios.

Every Wednesday and Sunday, I AM MANDRAKE is releasing a new video from their Runway Jubilee DVD.  Check out the video section for updates!

Take a listen!!! Let us know what you think!!

Vancouver based production company I AM MANDRAKE debuts their first Electro-Vaudville show entitled “Runway Jubilee” at Celebrities Night Club on Thursday, July 24th from 8-10:30pm. The show is performed to an original soundtrack, also to be released this summer, which showcases the best of I AM MANDRAKE’s musical work since 2010 - including Virgin Radio's 'best of BC winner' “Miss You, Miss You” and new songs such as the title track “Runway Jubilee”.

As a production team, I AM MANDRAKE works to revive vaudeville through innovative performance and cutting-edge electronic music. By pairing extreme circus, drag, and dance with original music that has already found success through commercial radio, I AM MANDRAKE creates a new form of independent pop act and challenges these established genres.

I AM MANDRAKE is proud to announce its partnership with Inner Ring Circus, a professional entertainment company which specializes in the production of innovative circus arts. “Runway Jubilee” also features some of the city's leading drag talent by way of exclusive “burlesque drag” performances - wherein performers remove their drag personas live on stage.

I AM MANDRAKE kicks off a series of performances this summer at Celebrities Night Club on July 24th, followed by The Backstage Lounge on August 6th at 8pm

I AM MANDRAKE and the Vancouver Circus school present 'Runway Jubiee' at Celebrities Night Club on July 24th 2014 at 8pm.

Come join I AM MANDRAKE for the viewing party of the DVD of their summer show 'Runway Jubilee'.  The show starts at 7pm and a short acoustic set will follow the film