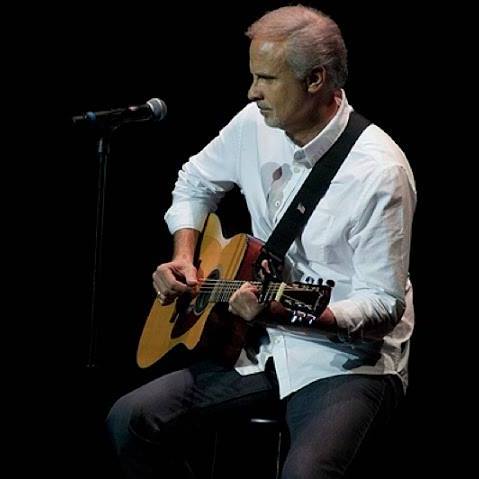 James Gedeon immediately began honing his craft in New York City's Greenwich Village music scene back in the 1990's in storied venues like The Village Gate, The Back Fence and The Red Lion.  It wasn't long before James had developed a reputation as a singer and songwriter able to make even individuals in the farthest reaches of a venue feel as though they were right up front.

He has since performed at New York's famed LeCirque; The Rainbow Room at Rockefeller Center and The Waldorf Astoria Grand Ballroom where he was part of the opening band for Dan Aykroyd and the Blues Brothers at The Alzheimer's Foundation annual fundraiser. He has also been able to take his music to areas outside of New York, having performed in Washington D.C. at the Smithsonian; in West Virginia at the renowned Greenbrier Resort; the Rocky Mountain resort of Flathead Lake in Kalispell, Montana; Mauna Kea Resort in Kailua Kona, Hawaii; The Ocean Club (twice) on Paradise Island in the Bahamas, and at the Royal Palace in Morocco.

James also performed at the wedding of radio personality Howard Stern. During the ceremony, James accompanied Dixie Chick Natalie Maines on the couple's wedding song, and followed that up by performing 3 duets with music icon Billy Joel. Later that same night, as a member of the house band, James backed up Phoebe Snow in addition to Pat Monahan of Train on the band's hits "Calling All Angels" and "Drops of Jupiter".

In 2016, James appeared as a finalist and was chosen as the winner of "Morristown OnStage" at the Mayo Performing Arts Center for his rendition of James Taylor's "Shower The People" in front of a packed house of 1,300 people.  That performance led to Gedeon opening for the iconic band "America" at an April 2016 concert at a sold-out MPAC in Morristown, a show at which James received rave reviews from the audience, and from America.  The Spring of 2017 had James on the road to Nashville for the first of several visits there to develop collaborative relationships with other songwriters from Music City.

James released his second album "My Saving Grace" in 2017 and “Might As Well Be Me“ from the album was nominated for Recording of The Year by the Tennessee Songwriters Association International (TSAI).  He was also chosen as one of the featured songwriters to perform at the Smoky Mountains Songwriters Festival in Gatlinburg, TN in August 2018.   James' latest CD, "A Lucky Man" was completed in 2019.  To date, Gedeon continues to pursue his music with the same passion that drove him during his early performances in Greenwhich Village more than 25 years ago.

As of November, 2020, James is currently recording his 4th album of original songs to be released in 2021.

James’s song Might As Well Be Me was nominated by TSAI for Recording Of The Year.  It was the first track released from the CD “My Saving Grace” released in 2017.

Performers on The Plaza

The Oakley in Nutley, NJ

with Lou Gioia on percussion/drums

The Bernards Inn in Bernardsille, NJ

Contact Information
You can hire James or his band for your next event...
Information Request