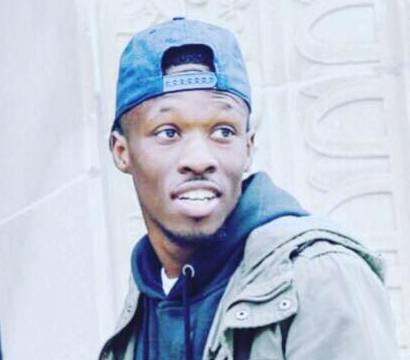 Borned and raised in Trenton NJ, Jordan Frank Ramble was baptized on April 20th of 2014. Married, Father of 2 beautiful and wonderful children. Jordan always had a passion for music but never had a passion for gospel rap, I've been making rap music since 2011. I remember doing things like putting a plastic bag over a cheap mic as a filter and even recording a whole mixtape with my cellphone on a soundcloud app using my android phone. Growing up I was an atheist I didn't believe there was a God, until one day I got a call from a friend that his cousin had passed away and I knew his cousin because every summer my friends mom would take us all down to Wildwood and we would stay in a beach house. When he called, he told me I was invited to the funeral. That day changed my life forever, I don't really remember what the pastor was saying but it was the most life changing experience. When I got back home I found myself looking for something, I felt a void in my life like something was missing and I needed change. I knew it was a change that couldn't happen overnight at the time, though I was still a deadbeat dad, pothead/homeless guy living with my girlfriend. I remember like it was yesterday sitting in my car one night high and drunk crying out to God and begging for forgiveness. A few weeks later I started attending a local church every Sunday, I didn't know why I was going at first. I just knew every time I went the pastor was preaching about my life and little did I know God was trying to reach me. I switched Churches and ended up at a church in Trenton NJ called Mosaic Baptist Church and that was where I accepted Jesus Christ as my Lord and Savior. Before I knew it my kids mother and I had started to build a relationship again, she had started to go to church again own her own so it was only a matter of timing. And by the Grace and Mercy of GOD me and me my children mother ended up getting back together and got married on April 25 of 2015. God gave my life a whole 360, he delivered me from smoking, drinking, fornication, and partying. But I was still pursuing a worldly music, I was signed to an independent music label called Major skills ent. I prayed for this opportunity consistently and once I got it, I took my focus off of God. After a few months of being signed they dropped me. So I cried and begged God to send someone else to help me, I took a break from music and kept pursing God, being faithful to the service and learning about God. Until one day I got a message on Twitter it was my older brother, he was the CEO of his own international label. He had artist from Spain to Sudan and I thought that this opportunity was God sent. So again I took the offer and my focus off of God and pursued the worldly music a few months went by and before I knew it, he dropped me from his label and I went before God again and cried and prayed for understanding. Not to many seconds later God answered, I heard in my spirit God saying every time I blessed you with your hearts desire, you left me. "Am I not God The All knowing ? Give your gift to me and watch what I'll do with it" ! From that day I gave up worldly rap and have been pursing Christian Music since. I truly believe God wants to use me in this way to have an impact on his people and bring his children back to the foot of the cross. I currently go to Children's Bread Deliverance Ministry in Trenton NJ. I thank God for my leaders Apostle Bob and Tawanna Eutsey for keeping me on track and encouraged. They even bought me my first Christian rap CD so I knew it was destined. My goal as an artist standing for Christ is to use this platform to reach the lost souls, because once a upon a time I was that kid. I want to share my testimony and express my love for Jesus through something they can relate to. By the Lord's Will, I'm going to have an impact on the entire culture.! Psalms 37:4 says if my delight is in him he will give me the desires of my heart and I believe his word is true, so I'm just going with the flow. God is good and I believe every step I take is being ordered by him. Check out Jordan on K-N-G Television section of this website, to see Jordan ministering videos at churches in trenton, NJ.

for lyrico EPrelease. Please continue to look out for more project and shows from minister ordan soon.