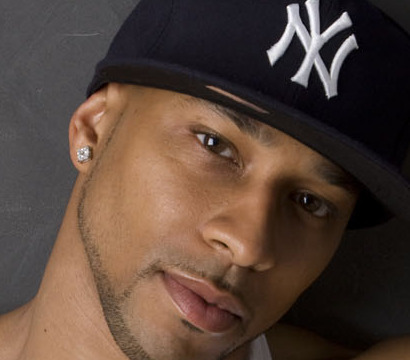 Born Theodore L. Mercer, Kam-Ui (Pronounced Cam-We) was born and raised in Jersey City, NJ. The name KAMUI means “The Chosen One and God Soldier “, which was given to him by his cousin. It was the martial arts training, which he started at the age of three and the fact his cousin felt like he was a born superstar, the name Kam-Ui was given. Like most MC’s, Kam-Ui s the product of a broken home. His parents’ divorce when he was only 9 left a strong impression on him and sparked his interest in spoken word poetry. “My father was my biggest influence in my life,” says Kam-Ui, “because of his childhood; he was very strict with me, so that I would stay out of trouble and off the streets.” Caught in the middle of his parents’ bitter arguments, Kam-Ui would turn to writing poetry, to help ease the pain of their eventual separation. To make ends meet, KAMUI took advantage of his stunning features and athletic build, and began modeling at age 18, doing shows and photo shoots for outlets like Black Men Magazine, Eastbay, and BET. As a side job, he started ghostwriting songs for other artists. But soon, he found himself hungry for more, and longing to step out of the shadows. Prompted by his friends and family, and his musical heroes Biggie, Eminem and Jay-Z, Kam-Ui decided that, from that point on, he was going to write for himself. He formed a group called KODA with his friend Rico King, and began writing songs inspired by the highs and lows of his life, growing up in Jersey City. The duo stayed together for two years, and managed to rise from unknowns to scoring opening acts for Nappy Roots , where they got their first taste of fame in front of a crowd of 5,000. One year later, Kam-Ui and Rico were asked to open for 50 Cent in Louisville, Kentucky. Kam-Ui jumped at the opportunity to perform for one of his idols, and the show solidified his goal: to become the face of the new generation of hip hop. A keen martial arts enthusiast and personal trainer, Kam-Ui channeled his discipline and competitive spirit and spent the last few years perfecting his craft for songwriting. Most rappers come with gimmicks these days – but Kam-Ui’s the real deal. What you see is what you get,” says Melonie Anderson, Business Manager and big sister to KAMUI, and Producer Jason “Hazadous” Logan agrees: "Kam-Ui is an artist who knows who he is and knows where he wants to go with his music. He's a coast to coast rapper that will make a hit out of any track given the chance, east coast beat, west coast beat, it doesn’t matter he likes to go in. He makes no apology for wanting to make your head nod and join the party.” Kam-Ui ’s style – which blends Jay-Z’s introspective rhymes, the smooth vocals of a LL Cool J with swag like no other – he offers a fresh and undeniably sexy take on mainstream hip hop.