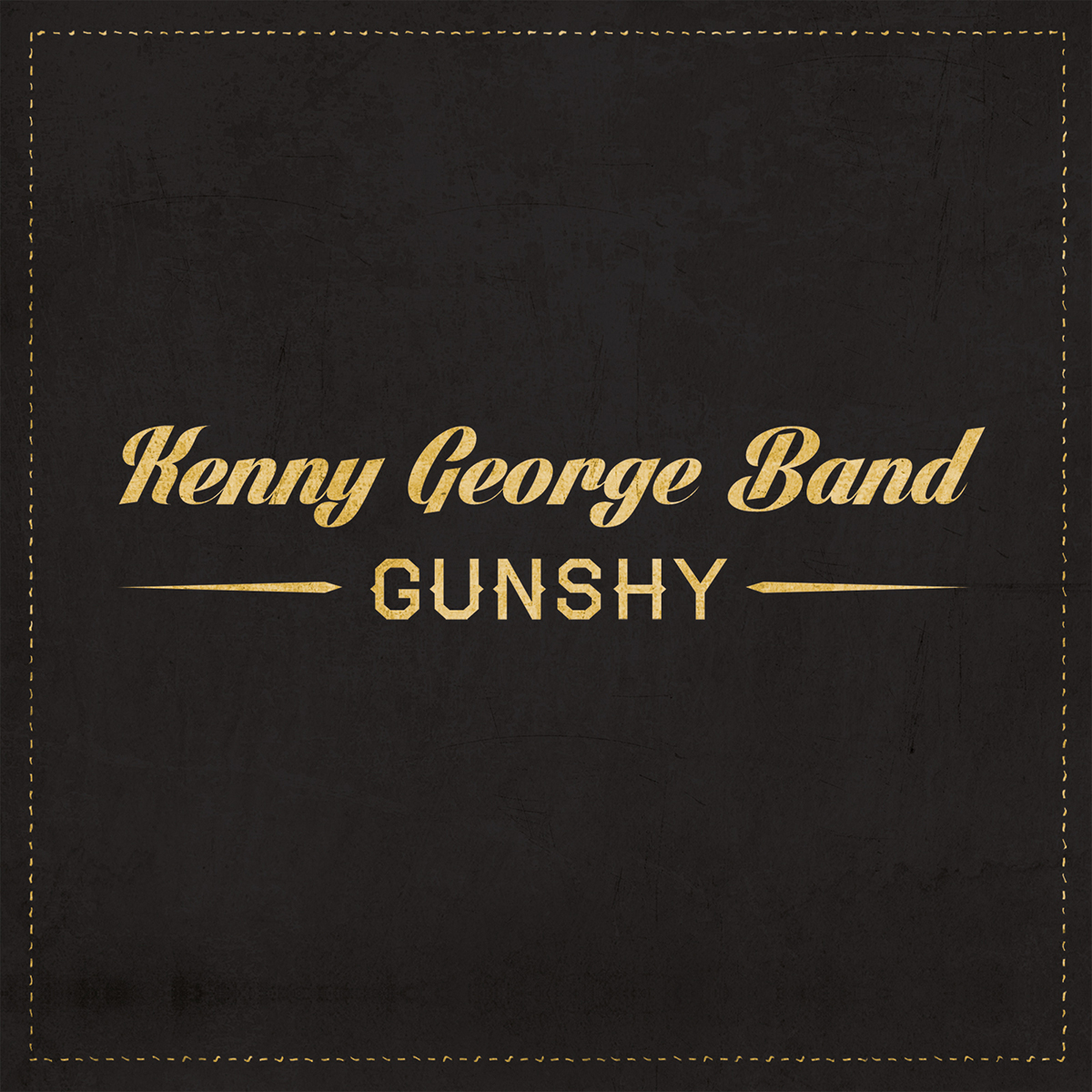 Kenny George Band (KGB) is an alt. country, folk, rock group from Aiken, SC. Since 2007, KGB has been building a reputation in the Southeastern United States playing all-manner of venues -- able to offer the full, intricate sound of the six-piece, or consolidating to a mellowed duo or trio for more intimate settings.

Columbia, S.C.'s Free Times gushed over Gunshy and it's authentic sound.
"The focus here is on sincere, well-crafted songwriting rather than chasing some bullshit idea of what it takes to become a macho country badass," music correspondent Michael Spawn wrote (June 25, 2014). "In a time when country's mainstream increasingly seems to have lost it's way, Gunshy is a welcome sprinkling of genuine Southern soul."

Known in places they've been for their intricate, folky, Southern sound, KGB (no relation to the shadowy Soviet security force) brings passion to the stage and studio -- as can be heard on the aforementioned 7-Track debut EP "Gunshy."

Led by conveniently-named frontman Kenny George, the group is rooted in country, but deeply delves into rock and folk.
"Think The Dirty Guv'nahs meets the throwback Southern sound of Whiskeytown," Erin Shaw of the Island Packet says.

The core of KGB has been crafting a heartfelt and melodic blend of country, folk and Southern rock since 2007. The attention-grabbing sound is driven by a its namesake's gritty vocals and the twangy pedal steel of band member Center Ely.
On the track "Sad Country Songs" Ely's "pedal steel lines run like teardrops down the up-tempo waltz," one critic espoused.

As most acts, KGB does not just play their own stuff, they have decades of combined experience playing to bar and concert crowds playing everything.

Blurring the line between country and alt country, Aiken’s Kenny George Band seem to swear allegiance to both sides of the coin and its works well for them. That’s the attitude displayed on the group’s latest, the 7-song EP, “Gunshy”: Country music is as country music does, whether it’s by the book or off the map. Embracing the genre’s classic emphasis on brooding love songs along with current Nashville-style gloss, the band also detours into alt country style introspection with smart lyrics, eschewing the whole barbecue and monster trucks imagery that has built the current cash-making contingent of Music City. Singer and guitarist Kenny George has a lucid and penetrating voice- think the soulfulness of a Jason Isbell mixed with a little hard-boiled Zac Brown on its edges. The rest of the band is a real-deal country machine, keeping the proceedings authentic and professional throughout.

First track “Pocket Full of Habits” is a moody, almost tense folk affair. It’s a muted alt country travelling song and it serves to remind the listener that yes, this is traditional music, but don’t get too comfy in that rocking chair, Gramps. “Last Stop Birmingham”, with its perfect steel guitar, is pure country, done the old school way. “Not Slipping Away” has fiddles that time travel it straight back into the better days of country with substance. The mournful and rolling pedal steel in “Sad Country Songs” is perfectly evocative of its title. The well-written title track goes for a commercial sheen and could probably be a mainstream hit, if it gets on the radio. “Hard to Think About” could fit right in on a Drive-By Truckers or Jason Isbell record (that’s an awesome thing to do, by the way). The record ends with “Shouldn’t Have Let You Go”, another laid back love song. It’s a great, catchy straight-up country tune.

Like most country, the songs here are mostly love-songs.When you are writing songs about relationships, you had better bring something new or excellent to the table and the Kenny George Band can do both. They take the best parts of country’s legacy and throw in George’s personality to give it a tweak in a modern direction. The band incorporates a lot of feeling into the production, and they never sound like this is some contractually-obligated, phoned-in affair. If you love country but are dying to hear something a little less Nashville, look no further.

Recommended if you like: Jason Isbell, Zac Brown, Ryan Adams

Kenny George Band Gunshy (Bueno) Gunshy, the debut EP from Aiken’s Kenny George Band, is coated in a thick layer of Nashville spit-shine, but it feels miles removed from the Music City machine — a credit to the group’s warm and welcoming execution.

The outfit specializes in a brand of country music that has gone the way of the dwindling caribou in recent years. The focus here is on sincere, well-crafted songwriting rather than chasing some bulls#!t idea of what it takes to become a macho country badass. Bereft of such posturing, Gunshy is dominated by lovesick laments, but like Merle Haggard said, there ain’t no shame in a mixed-up mess of a heart.

Opener “Pocket Full of Habits” is a sparse locomotive of an outlaw strummer. “Not Slipping Away” is a fiddle-driven, toe-tapping ode to infatuation. Pedal steel lines run like teardrops down the up-tempo waltz of “Sad Country Songs.” The lovelorn dirge “Shouldn’t Have Let You Go” harkens back to ’90s hitmakers like Tim McGraw.

These sounds aren’t revolutionary, but Kenny George and his backers deploy them with utmost sincerity. It’s not so much that these players are taking some ham-fisted stance against the endless party that consumes a large swath of modern country, much of which has more in common with Van Halen than George Strait; they simply operate as if the genre never took that odd left turn in the first place. In a time when country’s mainstream increasingly seems to have lost its way, Gunshy is a welcome sprinkling of genuine Southern soul. -

Kenny George Band guitarist Michael Vincent Baideme learned about the contest from fellow musician Will McCranie and suggested giving it a shot.

“We went down and ended up winning our round the first night so we went back and we made it to the finals,” said Kenny George, vocalist and guitarist in his namesake band. “After the finals, we found out we were actually “co-winners” because the girl we were competing against had a record deal that prevented her from working with other producers so we ended up winning the two-day recording session by default.”

By default or design, on Jan. 29, the Kenny George Band was powered up and wired for sound when Atlanta got slammed. Snowed in, they recorded for three days instead of two in a studio at one of Brown’s houses.
“There is a big red barn out back where Zac has all his guitar cases, gear and light boards from their first record,” George said. “It was really neat to see, and in the actual studio there is a custom echo chamber with all of Zac’s retired road guitars on the walls too.”

In addition to the one-of-a kind echo chamber, there is also a live room, custom built for artists to play together and an isolation booth where members can play separately for optimal sound, he said.

On May 9, the band played at Sky City in Augusta for their Gunshy CD release performance. The group was finishing Gunshy (produced by Shawn Guess of Aiken) while competing in the open mic contest, too late for tracks recorded at Brown’s studio to be on it. But George said fans will be able to hear the latest songs at several local performances.

The band will perform at 10 p.m. Friday, June 20, at Stillwater Taproom as well as at 7 p.m. Saturday, June 21, at Jessye Norman Amphitheater as part of the City of Augusta Summer Concert Series. Farther out on the calendar, they’ll open for American Aquarium on July 24 at Sky City, and for Montgomery Gentry on Sept. 19 at Lady Antebellum Pavilion. Visit mgentryevans.com for show details.

Two dates added to the schedule for October and December. More to come soon.

It's finally here. The digital single "Last Stop Birmingham" is now available on iTunes and Amazon. Please go check it out and tell your friends! Also we've thrown in the song "Don't Count on Me" for a B-Side. All of this is to get everyone... pumped for the Kenny George Band's release of it's seven track EP titled "Gunshy". The date for that is April 8. Below are the links where you can buy the digital Single.

Home in the Carolinas Music Fest